It took me a while to notice it, but the magazine release on the FX9 was a little sticky. The lever pivots on a pin that I was unable grab and pull. Eventually, however, repeated operation of the lever worked them pin out enough to pull. 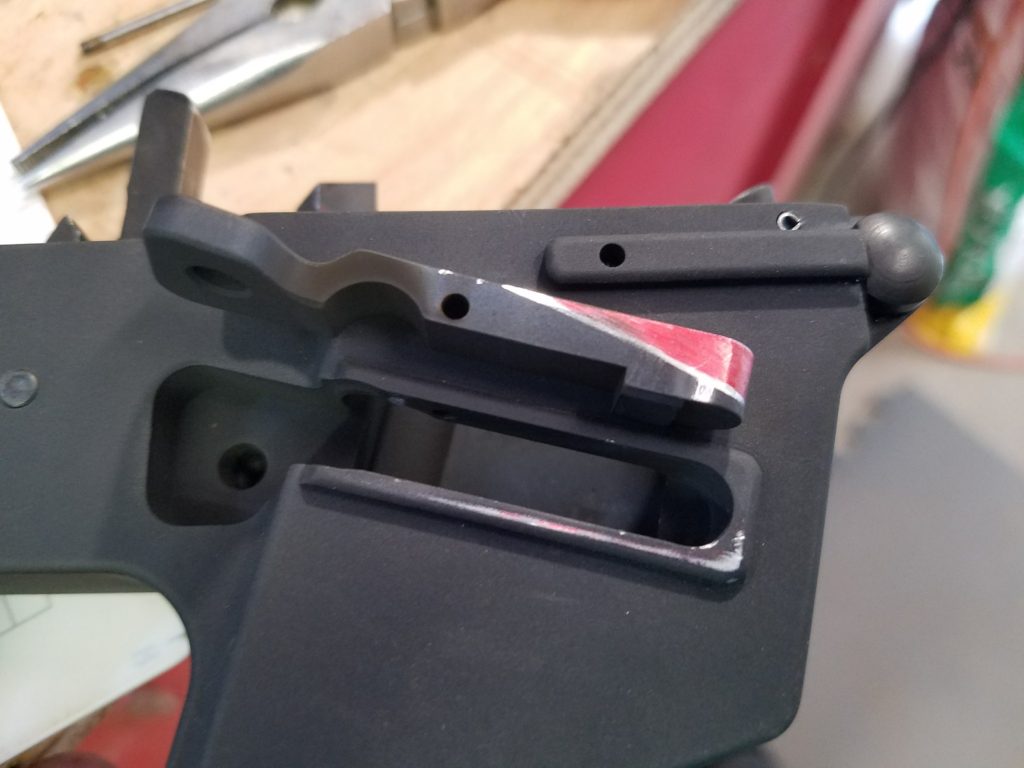 The red area is Sharpy stand-in for Dye-Chem I applied while the lever was still installed. The sticky bit was still unreachable inside the lower before the pin was removed.

Once it was out, it was a simple matter to remove enough material to stop the scrape. 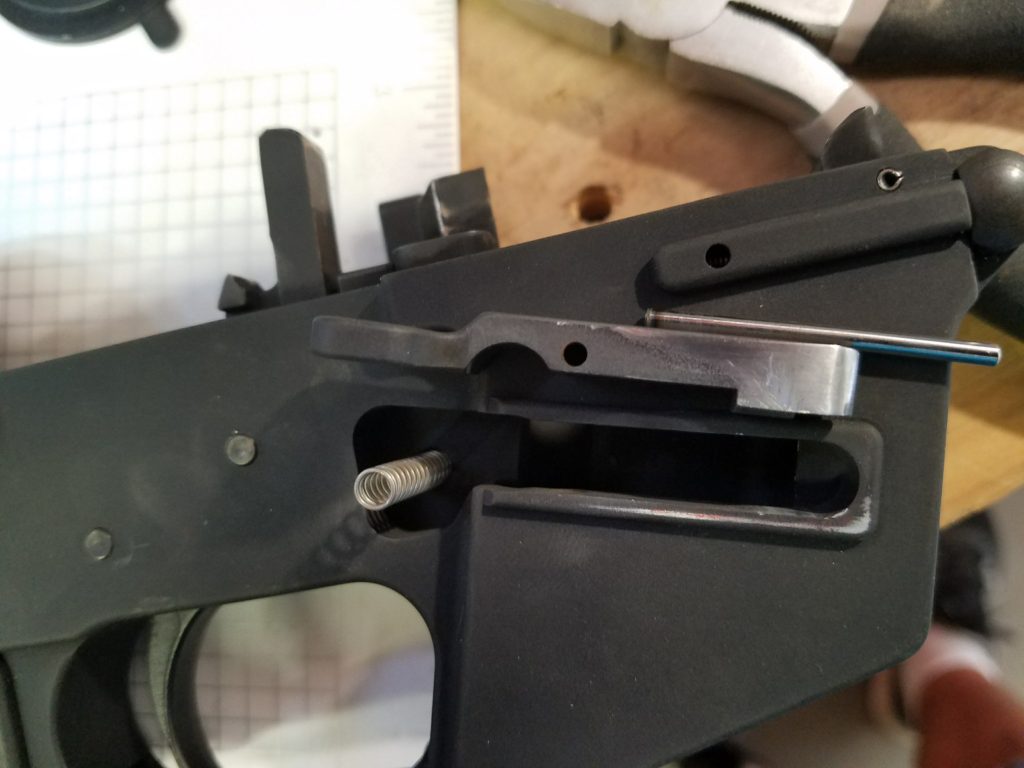 All reassembled and reliable, with any of the magazines I have, regardless of brand. Woohoo!