A lot has happened in the nearly 4 months since my last post.

Polycase is now selling their lead free projectiles for handloading. Sadly, they are not particularly cheap, 18 to 22 cents apiece for 97 grain 40/10. The minute (literally) that I read the notice from MidwayUSA that they were selling them, I ordered 1000 for $188. That was with an introductory discount. They are $207/1000 as I write this. 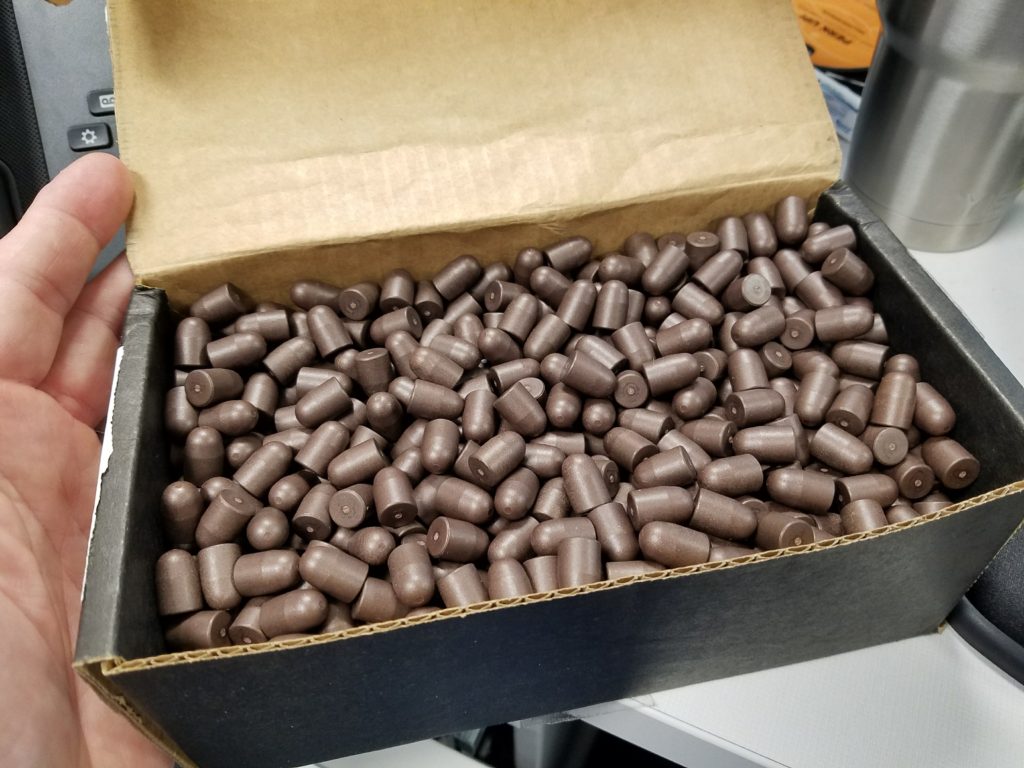 To get them running at least 125 PF, I had to crank up the Winchester 231 powder to 6.1g. Depending on the cost of brass, they ran from 25 to 32 cents per round. Performance is good. That big ol’ charge of powder makes a pretty good boom and flash, but recoil is essentially the same as my other competition loads. The peanut gallery complains about their ears, though. 🙂

Interestingly, the bullet weight had less influence than expected on velocity. I started with the default 4.25g to 4.35g charge that I use for 180g bullets. The 180s run about 790fps for 144PF. However, that same charge under the 97 grain lead free was not very much faster, just over 800fps. To make 128PF, they need to be pushed to about 1300fps, thus the increase to 6.1g.

They have served me well. They make clean holes in paper, knock down steel reliably and generate conversation occasionally. I don’t have many of that first order left and while I probably wont shoot it all the time due to cost, I also understand that the price will never come down if nobody buys them.

I picked up a  Freedom Ordnance FX-9 9mm carbine in a group purchase. The quantity discount was such that rifle, shipping and FFL fees were still less than the listed price for just one. It appears to be generally well made. Some of the other people in the club have upgraded and accessorized way more than I have. I added a Vortex StrikeFire 2 and MagPul MBUS and later an M-Lok rail and a flashlight for the first ever CTASA low light carbine match.

The only trouble I have had with it was that it doesn’t seem to like fully loaded 30 round magazines. My first trip to the range with it, I had two issues with the supplied SGM magazine. The first issue was that after a couple of rounds were fired, the floor plate came loose, dropping 20-something rounds and magazine parts all of the floor, resulting in an RO stop of the range to retrieve the parts. The tube remained in the gun, but all the internals fell. Later in the same range trip, the magazine fell out two or three rounds into a full one. I declared the magazine to be junk and just used the collection of magazines for my Glock 19. They seem to have worked fine. In one match, I loaned it to someone and it dropped a mag on them, but we blamed it on a lack of familiarity with the platform.

Recently, however, I have discovered that the magazine release button/lever is a little bit sticky. The self-disassembling first time use of the SGM magazine would not have been caused by that, but other times when the magazine has fallen out could be that release button. I will address that for sure.

Ammo-wise, it runs on almost everything I’ve put in it. All the factory ammo I have used, all 115g, and my 147g handloads for the G19 run perfectly. Some really soft 147g had a couple of FTEs per magazine, so that’s definitely too light. Some really soft 135g handloads ran reliably and recoil is similar to or maybe less than the 10/22. I have not chronographed those as yet, but since IDPA PCC requires a minimum of 135PF, I suspect they will come in too light.

Speaking of chronograph, my poor chrono was shot twice within three weeks. First time, a buddy came out to work up and load a bunch of 45 Auto. One time, the pistol was pulled a bit to one side and the bullet caught one of the screen supports. 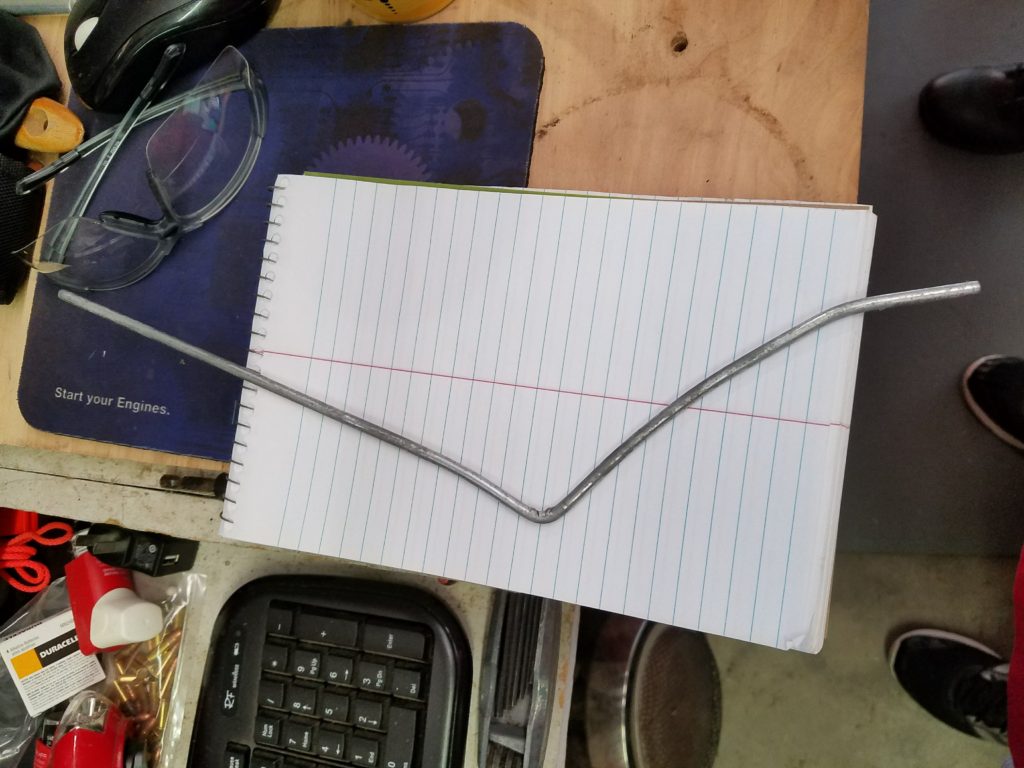 It only bent the wire; about one minute on the anvil and it’s good as new.

Only last weekend, I had my turn. I tried out my usual competition load in the little Kahr CW40. The Kahr has a reeeeally long trigger pull and having immediately before shot the Zev in the G20, I pulled it down a bit, enough to hit the body of the appliance. 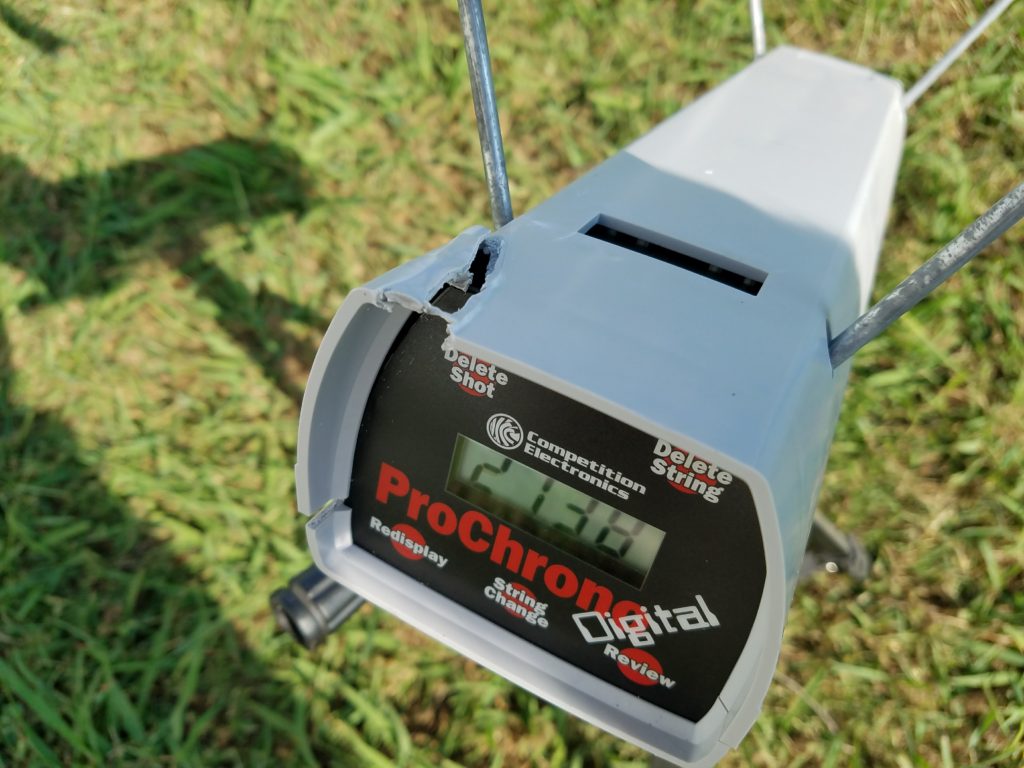 Happily, it is only cosmetic damage and it works just fine.

I found a heck of a deal on bullets. Xtreme Bullets has a discount house called Reloading Valley that sells, among other things, pulled bullets. I ordered 10 bags of 250 mixed 165/180 and mixxed RNFP/HP. They work out to about 6 cents apiece. 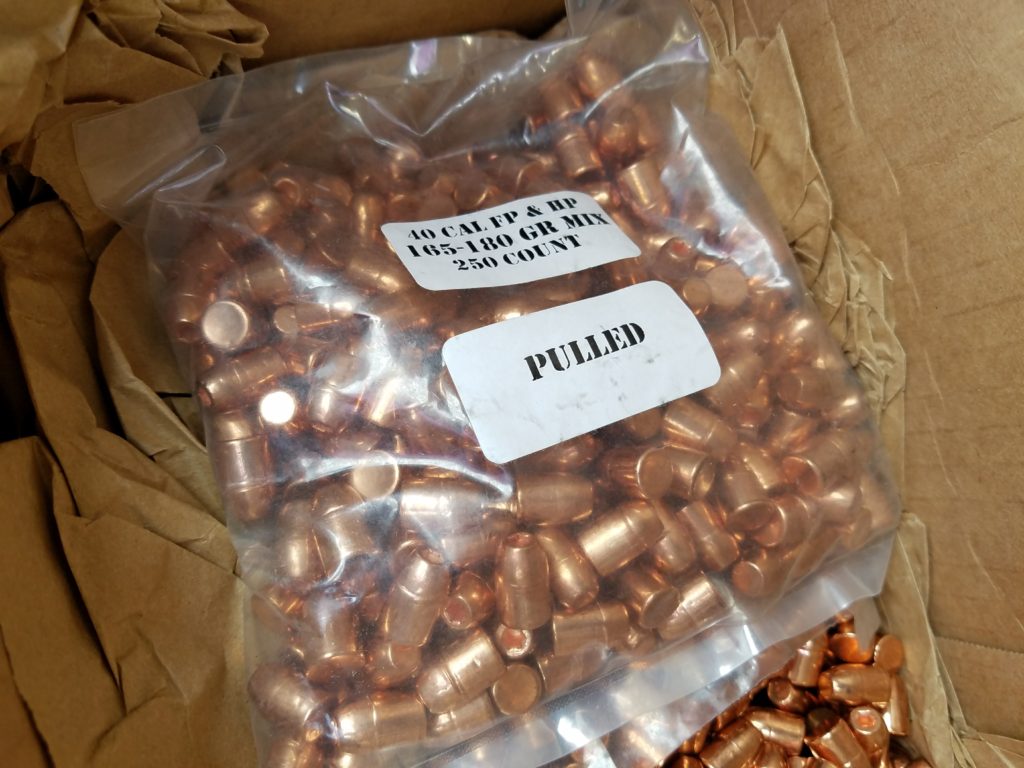 Since they were mixed in both weight and type, I commenced to sorting them manually. 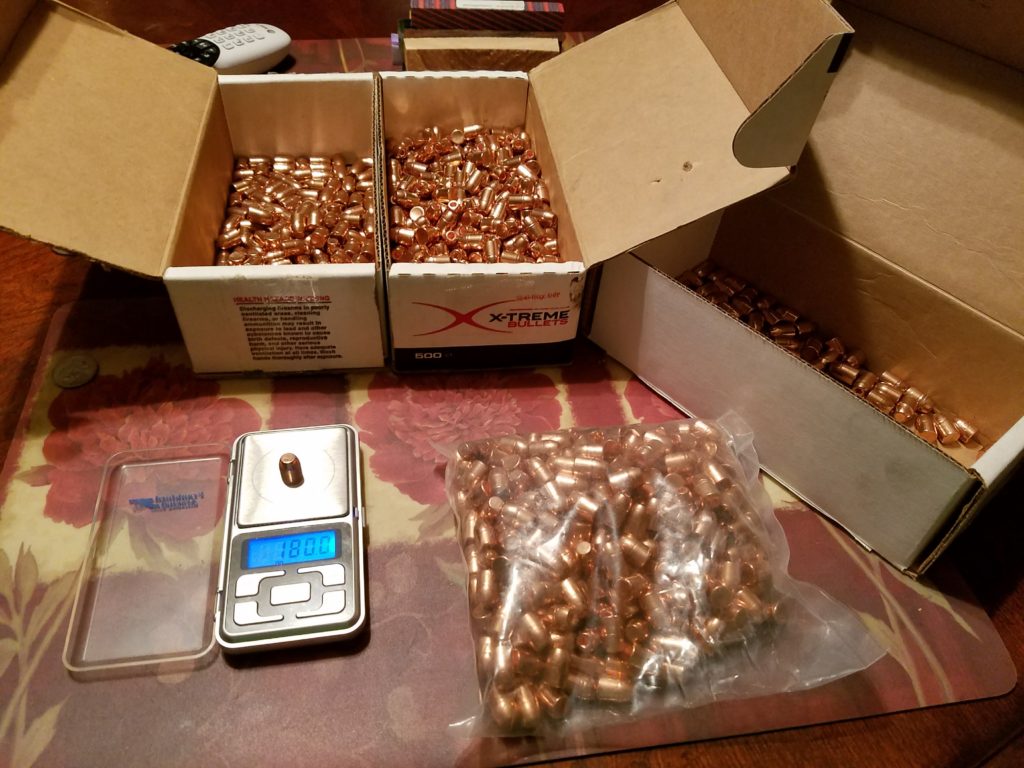 I have loaded about 500 thus far. There have been a couple that didn’t pass QA and at least a one that didn’t feed right. All in all, I’m pretty pleased with them.

Along with PCC, IDPA now has a provisional Carry Optic division. As luck would have it, I already had a suitable optic and just had to reinstall it on the slide it was on when I got it.