The Sunday of Memorial Day weekend brought the 2017 Republic of Texas IDPA Championship Match. We had a great squad and there was much enjoyment.

The day started pretty well. I got there early enough to be 4th in line at the check-in. That is not my usual experience. We got started about on time.

We started on Stage 9 and I started with 28:49 and 1 point down. The rest were 4 or 5 down, with one 10 down, but there were no misses. There was one hit on a non-threat. There were two stages with a steel activator in front of a paper non-threat. If you don’t hit the steel on the first shot, it’s pretty much guaranteed to have a HNT. All in all, about 30 down for the whole match at that point.

By now, we have rocked around to Stage 3. 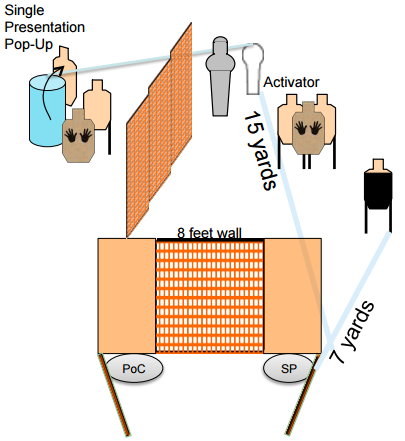 Pretty straight forward 5 threat targets, including the disappearing popup and all paper targets require 3 rounds each. However, there is one tricky caveat. Since you are addressing the targets from SP in barricade order, you must engage the activator steel, then the popper, THEN you can move to the other position to get the popup target. Ironically, I did ok on this gamey bit. On the other hand, three headshots on the first target all hit just in the hard cover, so 15 down there. I hit the activator, but missed the popper, so I would have to go back for it later, but it was engaged so no PE. I made it to the pop-up in time to get it with a 0 and two 1s, but for some reason I only sent two at that other other paper target on that side before running back to make up the steel. So I scored 4 on it, plus 5 for the “miss” plus 3 for the PE. Add in the 1s on the other targets and suddenly this stage that I shot in 17:65 is 34 down.

I figured at that point it was probably not recoverable and I was out of any running for 1st or 2nd (needed for a bump) and was now just there to shoot. We broke for lunch, and when we came back, I was back to normal, mostly getting 5 down in reasonably short time on the remaining stages.

We finished and packed up and enjoyed some tailgate fellowship while we waited for the scores to be compiled. 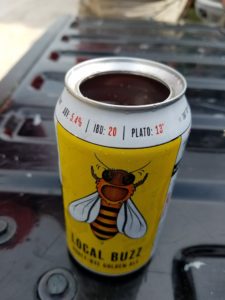 That gave us plenty of time to beat ourselves up for our various performances. Finally they announced that they were posting the scores. A couple of us decided we would wander on down there and check it out anyway. By the time we walked down to the leaderboard, a polite mob had formed. It look a few minutes to drift through the throngs, only to discover that I needed to be about 5 feet to the left to see the right sheet.

When I got close enough, I had trouble finding myself on the list. Turns out I started too low. 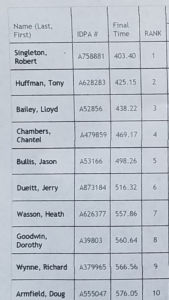 It took quite a while to convince myself that it was correct. It was.

First Place, ESP Marksman. With a bump to SharpShooter. 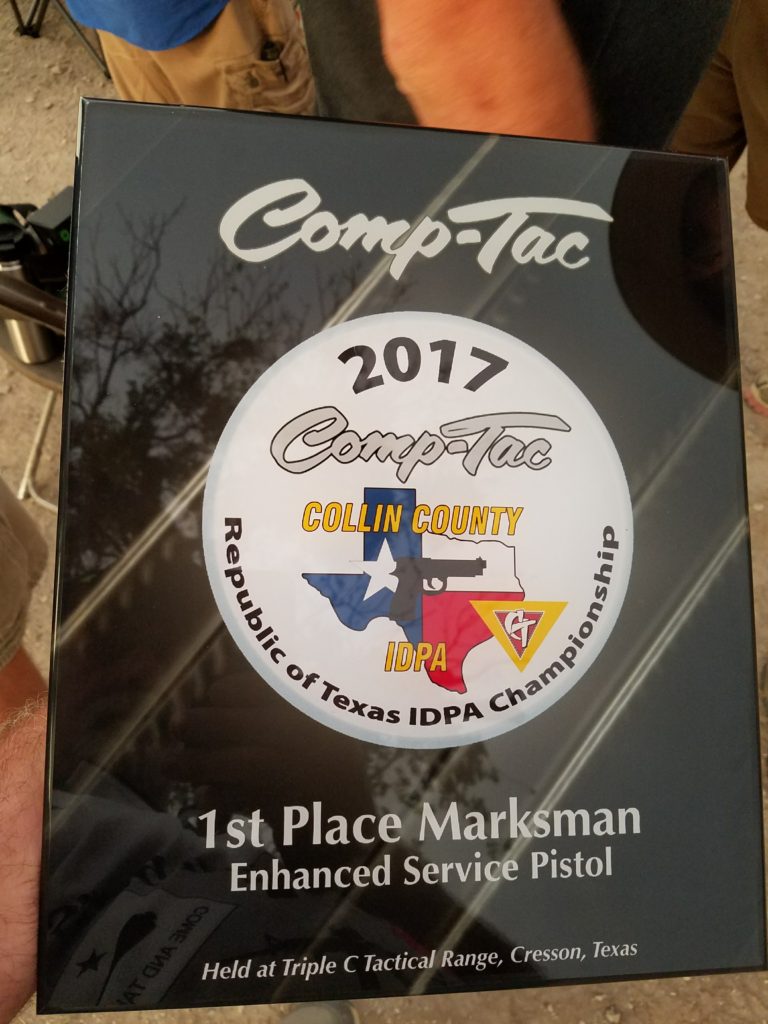 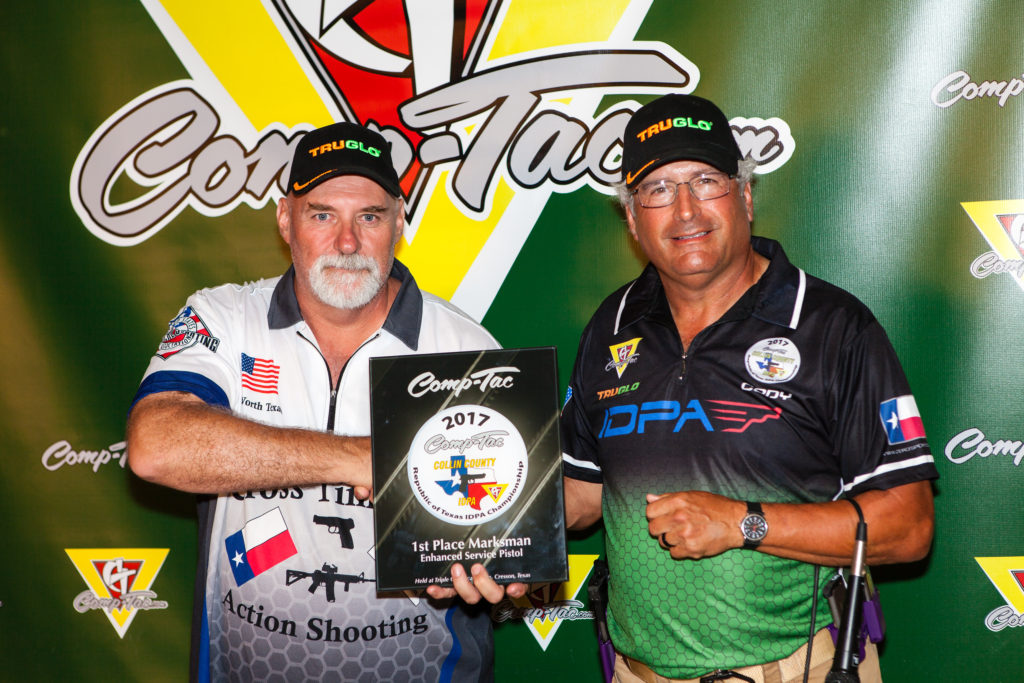