The stock trigger on my Glock 19 can be fairly described as harsh. The measured pull is only about 6 pounds, but the feel is not nice, particularly compared to the G20 and G21. To me, it feels like you are bending a piece of plastic inside and it finally breaks. All three are Gen 3 pistols, with only the slightest trigger work done, replacement of the connector. The G20 and G21 have had many thousands of rounds through them, so there is probably some degree of surface polishing having thus been done.

I decided to try an aftermarket trigger. I ordered a Pyramid trigger from GlockStore.com. 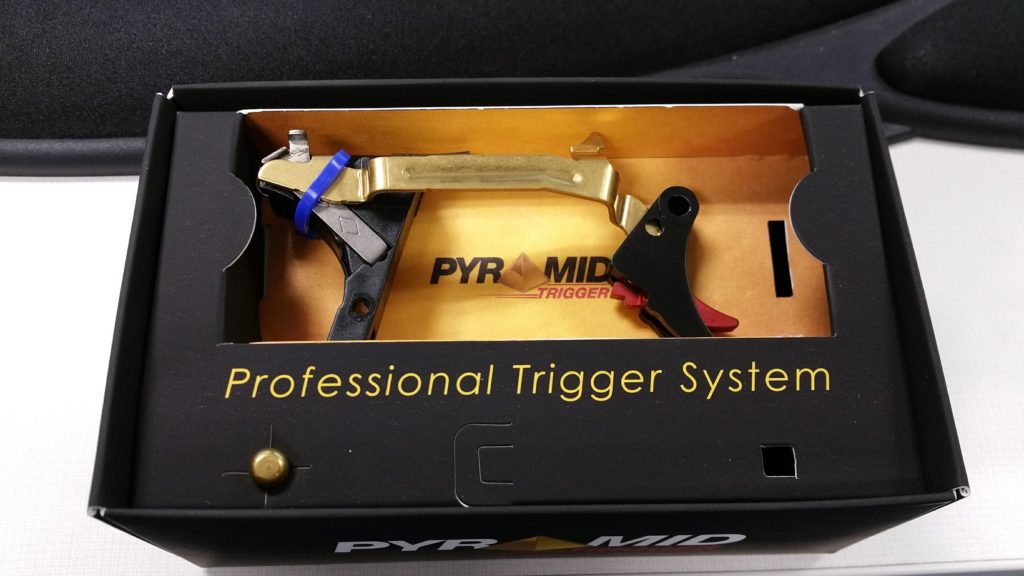 I chose the Complete package for $180 because it included alternate striker springs and the firing pin block plunger, but no lightened striker. Personally, I am not sure the addition of a lightened striker is worth $70 more. Perhaps one day I will add that, but that package is roughly half the cost of the pistol.

The installation is pretty straight forward. The trigger assembly itself requires driving out the three pins for the locking block, the trigger and the trigger housing and basically dropping the replacement parts in and putting the pins back.

This kit also comes with a replacement firing pin block plunger and spring and a selection of striker springs. I opted for the lightest, a 2 pound spring. Again, installation is pretty straight forward, especially if you have ever taken the slide apart for deep cleaning, which is a good idea while it’s apart anyway. There are many resources online describing the details. It is not difficult, but there is a tricky first step to it.

Once the striker is out, there is a delicate operation to removing the spring. It would be wise to consider doing this with the striker within a plastic bag to retain the spring retainer cups. Assembly is basically in reverse order. 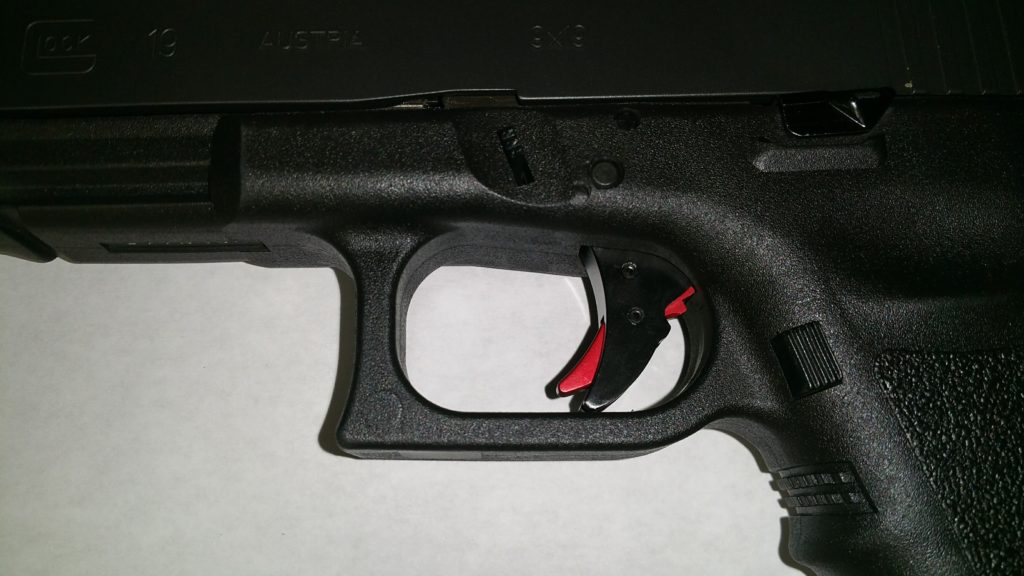 The black trigger with a red safety pawl just looks right to me. The trigger is available in a large variety of color combinations.

The pull weight of the trigger is not much less, 5 pounds compared to the stock 6 pounds, but the feel is a thousand times better. Much shorter pull, much sharper release and a short reset. The trigger shoe is wider and flatter than stock, so it feels like less than 5 pounds. I am looking forward to shooting it.

While I was working on the pistol anyway, I decided to address a minor irritation that is not necessarily caused by this pistol, but it did bring it to my attention. Until I got this pistol and shot it in a match, I had not noticed that frequent shooting has caused an accumulation of terminally undifferentiated keratinocytes in the outermost layer of the skin on the middle finger of my right hand. 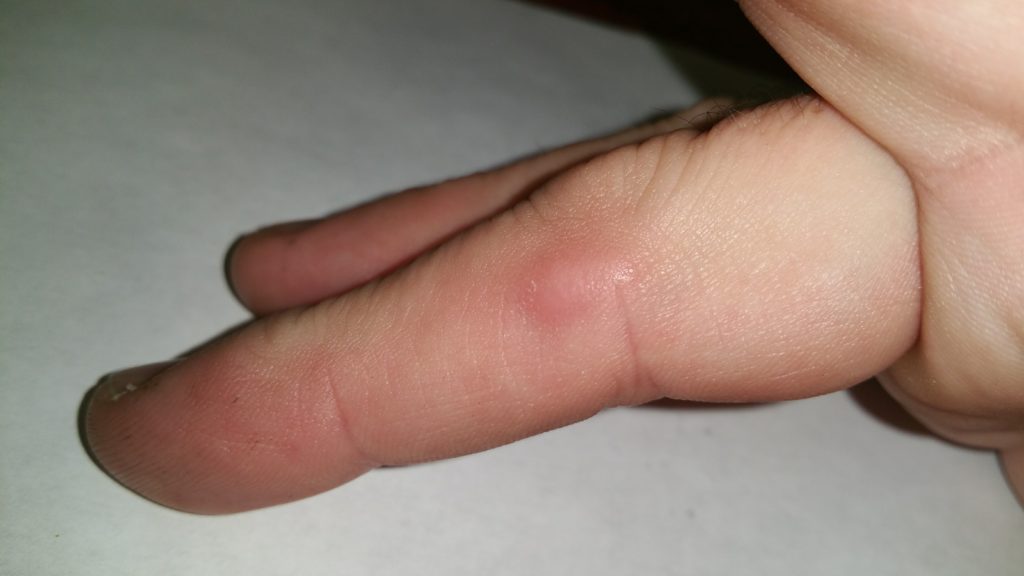 Since it does what a callus is supposed to, protect that spot from repeated friction, I had not noticed it. However, the Glock 19 grip is smaller than the G20/21, so that spot lands a little differently. The same spot on the bottom of the G19 trigger guard hits the edge of the callus and it’s kinda uncomfortable by the end of a match. Rather than wait however long it will take for the callus to expand, I decided to smooth off the trigger guard. 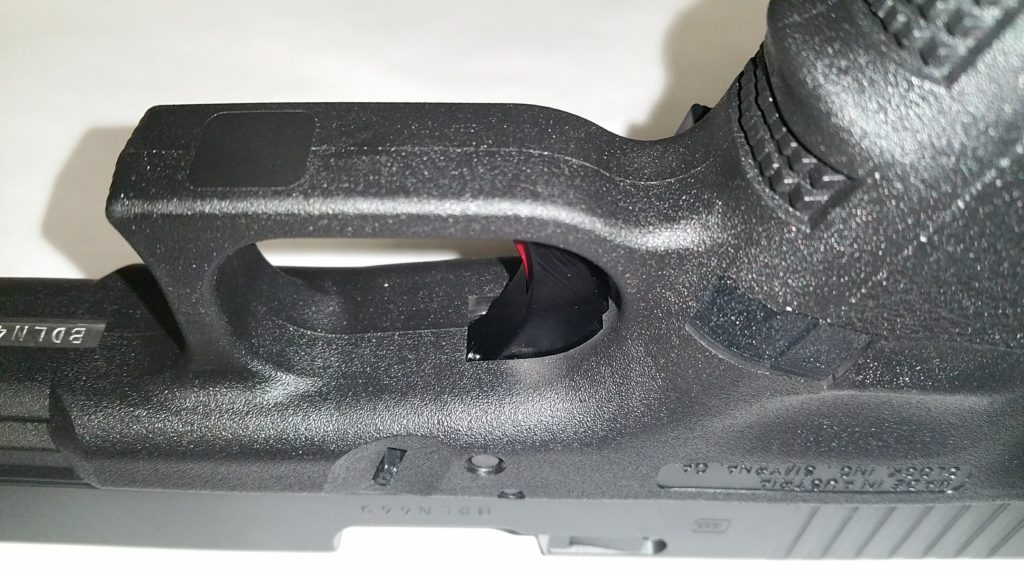 Although the mold seam is clearly visible here, that’s not what causes the discomfort but rather the nearer edge of the trigger guard.

I used primarily 1 inch wide 150 grit sanding strips to reform that edge, then smoothed and polished it with finer strips and sanding pads. 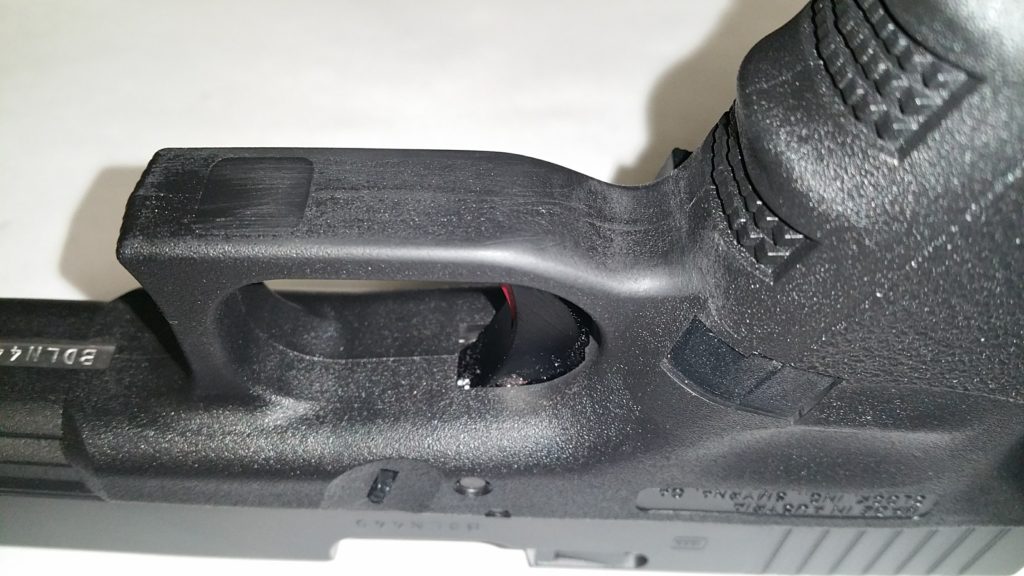 I haven’t fired it yet, but it certainly feels better in the hand.