Ok, well, maybe that isn’t completely the case. The ‘too busy’ part is, though.

Since my last bit about cutting some weight off the RIA 2011, the new 2017 IPDA Rulebook has been published. For the most part, the new rules are an improvement. At the very least, there are substantially *fewer* of them; the 2017 rulebook is 18 pages shorter. More on that later, but the maximum weight limitation of 43 ounces still applies, but the prohibition of an extended dust cover disappeared without a trace.

This is, of course, good news and bad news. For this pistol to comply with CDP rules, I still need to remove a total of 4.3 ounces, plus a bit of margin. It’s just that now I don’t have to hack the front of an otherwise useful mounting rail off as well. On the other hand, that *was* going to be some of the weight to trim.

One of the most important changes are in the dimensions of allowed firearms, particularly CCP and BUG. The CCP division box is now an inch shorter in length, but 5/8″ taller and barrels are allowed to be 4-3/8″ or less, which is 0.275 inches longer than before. Similarly, the BUG division box is 3/4″ shorter but 7/8″ taller and barrels are now only allowed to be 3-1/2″ or less.

Guess who’s Kahr CW40, a veteran of several BUG matches and which complies in every other way, has a barrel that is suddenly 0.1″ too long?

I had some 1/4″ aluminum plate cut to some specific dimensions to form IPDA boxes that can be disassembled and stowed in a range bag. 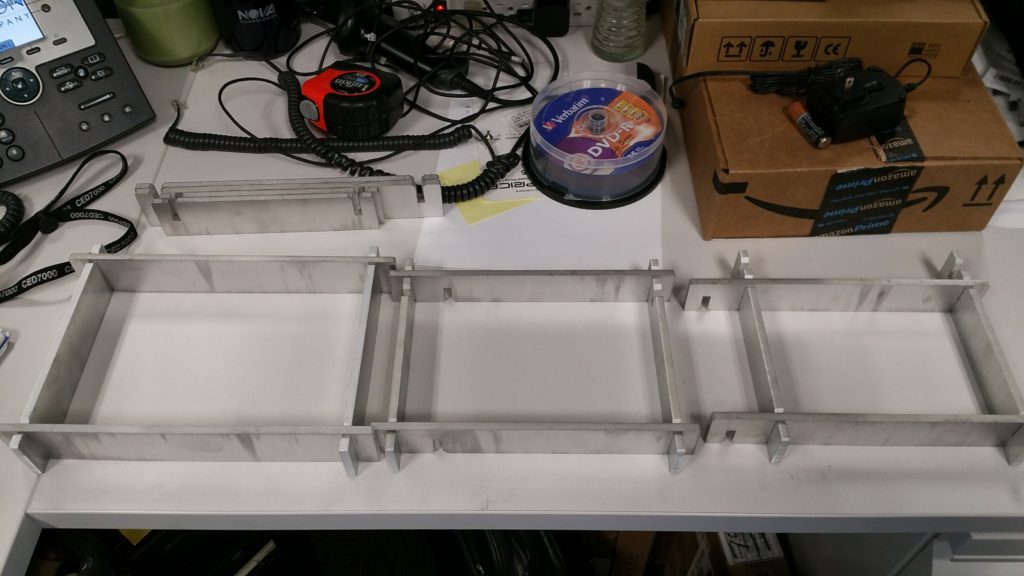 The box on the left is for SSP, ESP and CDP divisions. The width of the pieces establishes the 1-5/8″ depth of the box. With the pistol inside the frame, slide a straight edge across the top of the frame and if it clears the pistol, then the pistol complies.

The CCP and BUG boxes share the same 1-3/8″ depth, with different length and width dimensions. The slots in those pieces allows one set to be assembled into either size. As I ordered two sets of either size parts to be cut, there are enough pieces to make all three boxes at the same time.

My hope is to offer these for sale, but there is a caveat to their design that I need to address before they could be considered as a valid measurement device. When assembled, the fit of the slots allows a little movement of the pieces. The net effect is that rather than a rectangle, with 90 degree corners, it can become a parallelogram, basically a skewed rectangle. Since a pistol needs to fit inside of a rectangular box that is of a specific length, the bit of slop in the fit can let a pistol that is as much as 1/4″ too long to fit by allowing the muzzle to push the top left corner to the left and the grip to push the bottom right corner to the right.

The obvious fix is to clamp the parts square and weld the corners into that position. Of course, there goes being able to disassemble it and stow it in a range bag. I have some other thoughts about stabilizing the assembly, something like this clamp, but sized and applied to take advantage of extra material on the outside corners. 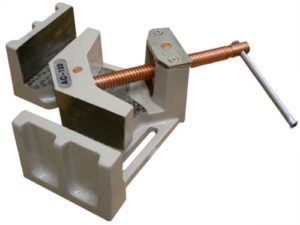 Unlike rendering a my BUG gun ineligible to compete, one very welcome aspect of the new rules is the addition of fault lines at cover points. From a tactical standpoint, a moving cover line as the shooter advances to address each target in tactical priority keeps the shooter more safely behind cover. On the other hand, while it seems like it would be objective, calling cover violations required a lot more active attention to the shooter’s body position and it often became a very subjective discussion about whether or not cover had been violated. As a shooter, now you can check the fault line once as you set and pay all your attention to shooting unless you need to move. As a Safety Officer, you can check the shooter’s position once and pay all your attention to other scoring and safety issues unless the shooter needs to move again. Better for everyone.

Somewhat controversial is the increase of the points down value from a half second to a full second. Ones are still less costly to your score than threes, which are less costly than misses, but all are twice as costly as they used to be. The emphasis is on accuracy over speed.

Related to the scoring cost is the new two-zone head section of the standard target. No longer is the entire head area zero down. 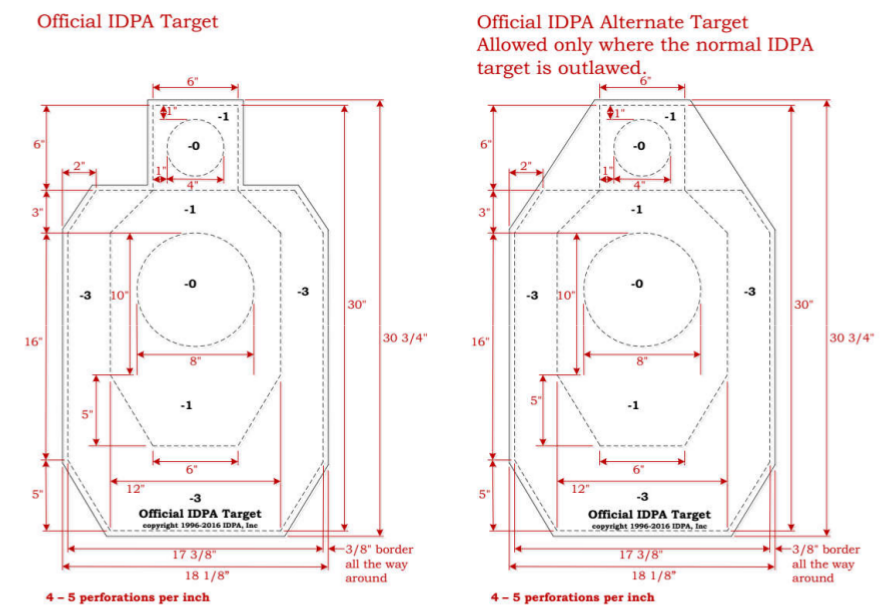