One of the things that happened in January is that I got shot.

A bit of a bullet bounced back and dinged me pretty good. 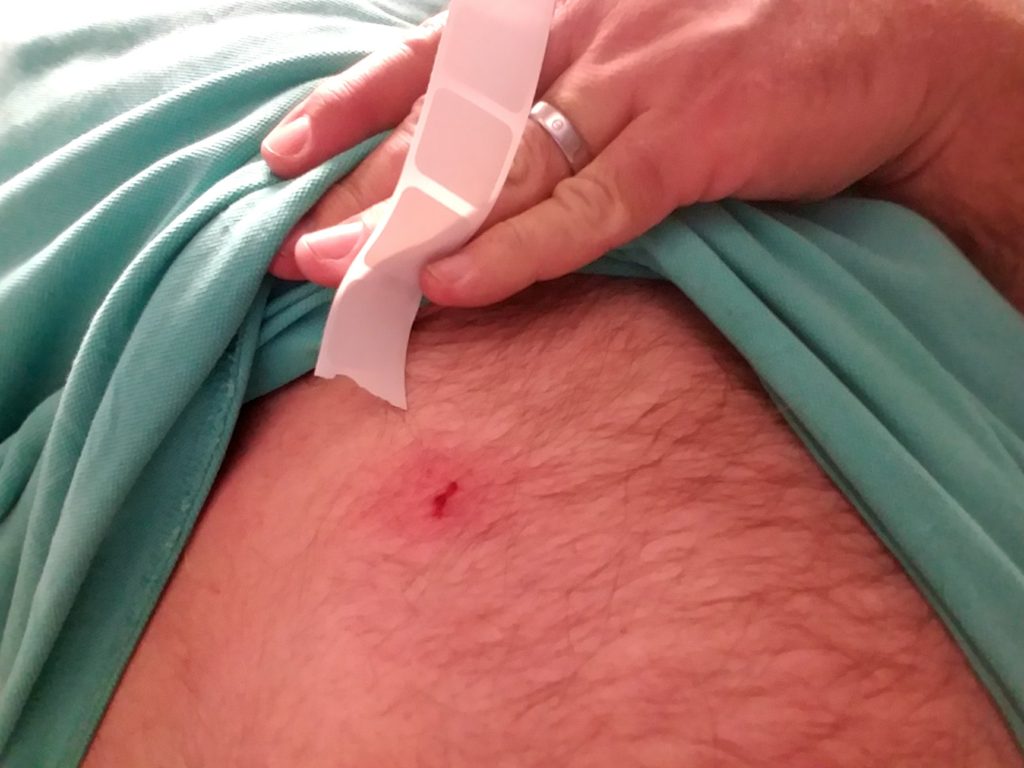 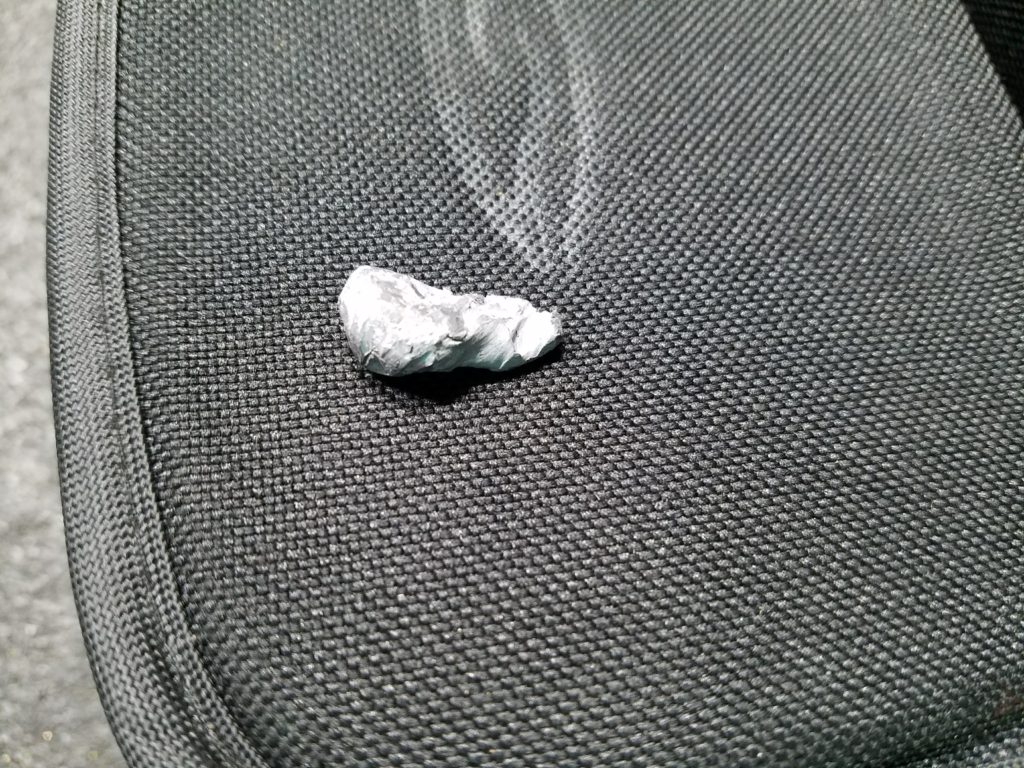 I lived, though it did sting a bit.

I let myself run out of 180g 40/10 Cimarron bullets. I like them overall and they shoot really well, but they are a little fussier to load. While waiting for a big order of Xtreme 180g bullets to arrive, I switched the press over to 9mm and loaded a bunch of 135g 9mm Cimarron bullets. I loaded 600 pretty much in one sitting. 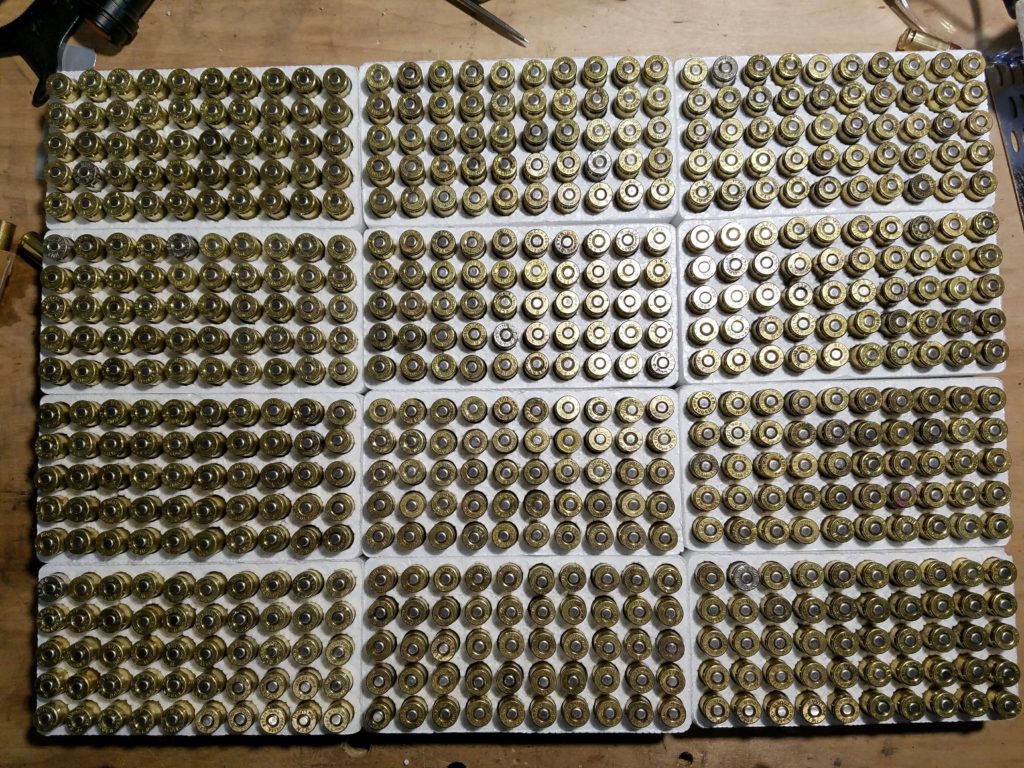 Right about this time, there was an interesting discussion on the Cross Timbers forum about sorting brass before loading and the reasons some people would do such a thing. There are basically two schools, those who want to make the most consistent ammo possible and those for whom the benefits are not commensurate to the required effort. I am in the middle somewhere, though closer to the latter.

The discussion had a significant bent towards weeding out known troublesome brass, such as certain brands that have a stepped interior or crimped primers, before loading them. Since I had 600 rounds of ammo that had been loaded and passed all my QA processes, I counted and sorted them. Of course, it is a slightly skewed statistic for the purposes of the forum discussion because these 600 rounds were all *good*, with no failures. On the other hand, in 600 rounds of loading, I probably didn’t have more than a dozen or so that were culled during loading (mostly crimped primers or obviously damaged cases) and fewer than that made it through the press to fail QA.

About 52% of the ammo was one of 4 headstamps and more than half of that was one or another form of Winchester.

One of the most interesting statistics to me was that there were 26 of a specific WCC headstamp that were all originally crimped primers, but obviously all of them loaded without issue. I’m presuming that some of them may have been previously loaded on a press that swages primer pockets or maybe the crimp happened to be of a suitable symmetry to reload without issue.

Until recently, I have ordered bullets in 500 and 1000 quantities only, mostly just to keep from spending a lot at once. The long term economics are a little better for the larger orders, at least in terms of shipping costs, especially when the seller runs a shipping special.

I noticed that, for X-Treme Bullets at least, the bulk quantities of each bullet weight seems to be driven to keep the package weight right about 65 pounds.

I did some digging on UPS and FedEx websites and I could not find any magic price increase at or around 65 pounds. On the other hand, the price the website quoted for me to ship my 65 pound package was 7 times the flat rate $5 shipping for that order, so it may be part of a contract between X-Treme and UPS. In any case, a 65 pound bucket o’ bullets is pretty heavy.

As is my preference, I spent a little time splitting them into 100 round packages for my personal convenience. There were 2509 in the bucket. 🙂 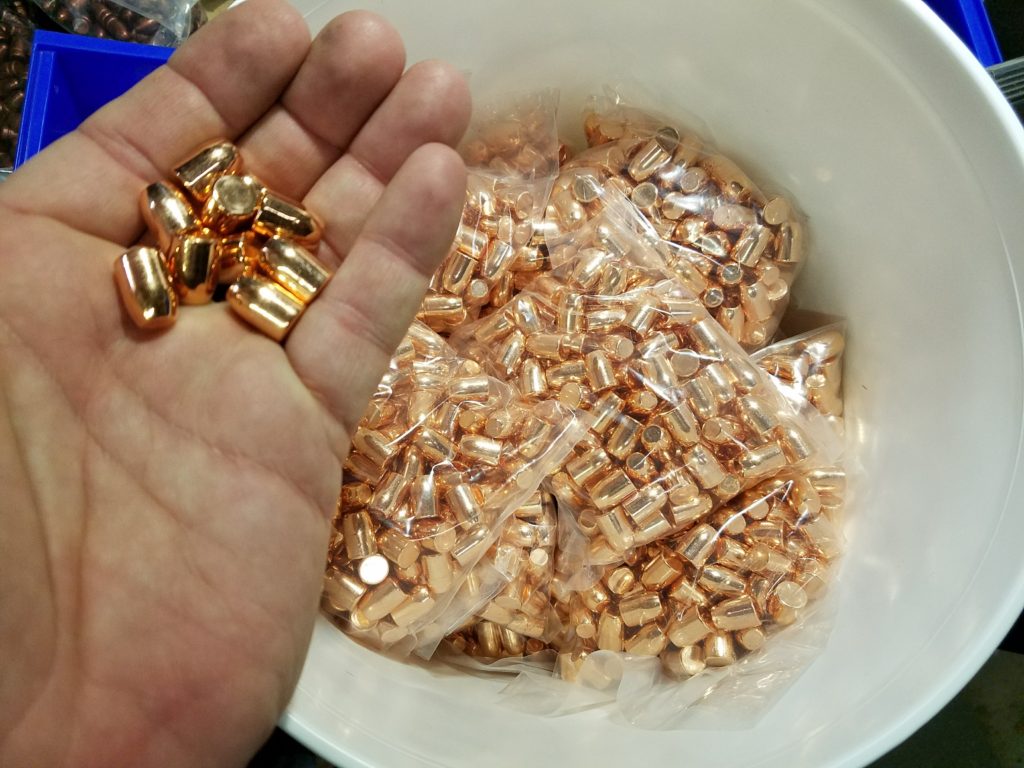