Man, you can’t believe anything those guys say. First, they say it will be 2-3 weeks turnaround. They received my press on April 4 and I got FedEx notification that it was shipped back on April 7. THEN, FedEx says it will arrive on the 12th, but I had it on the 11th. How am I supposed to complain now?!? 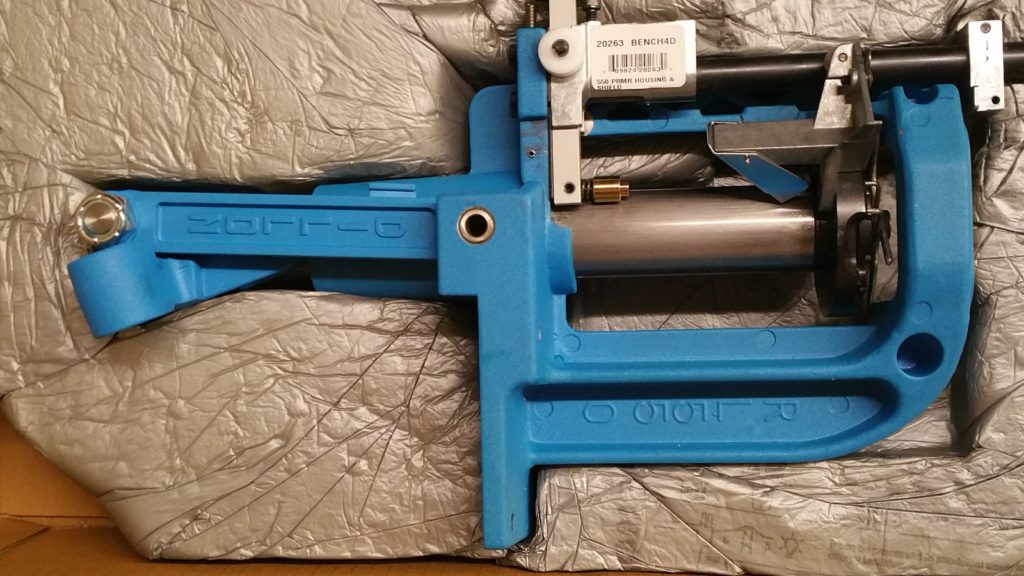 If you look really close, you can see the color difference on the replacement crank and links. The frame has some slight yellowing on it, making it ever so slightly greenish.

There was a list of the parts replaced, including the clearly labeled primer shield and many small bits.

Before I reinstalled my press, I cleaned up the borrowed press within an inch of it’s life. 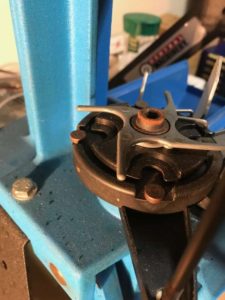 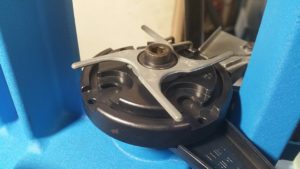 Swapping the presses out was largely trivial; afterall, I’ve done it a few times now.

I added one accessory that I had ordered before the old press broke, a JW Systems Primer Track. This is basically just a replacement primer track bearing (which is a steel plate that sits under the primer slide) but it has a ball bearing roller added to help stabilize the primer slide. 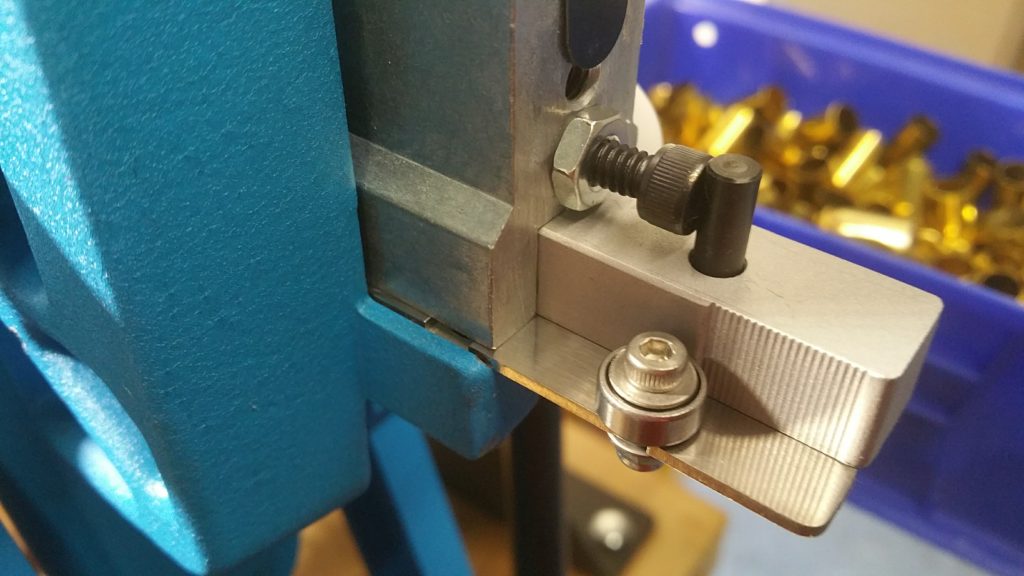 As expected, I did not have to adjust anything on the top end to begin loading again. It just works, ya know.

I had the afternoon off last Friday and one of the things I tackled with that free time was to disassemble a pretty good sized bin of loading errors. They were mostly 40S&W and a lot of them predate the Dillon press, and thus most of them were primer issues from the Lee Press. I used a Hornady collett puller for most of them. That is by far the quickest way to pull a lot of bullets. Once adjusted for what you are pulling and getting into the groove, it’s about 5 seconds per cartridge. 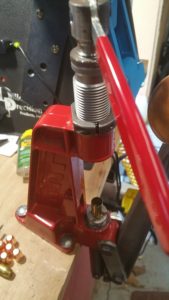 Some of the primers were crushed into the pockets crossways and thus would not slide into the shell holder for the collett puller, so I had to use the intertia puller. Happily only a dozen or so needed this special care. 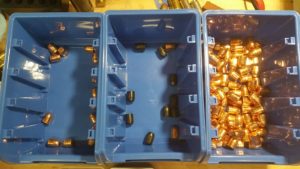 The scrap brass bucket grew, too. 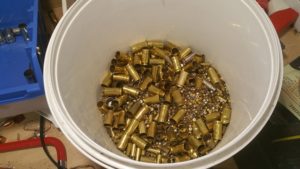 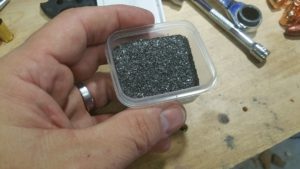 Between the damaged brass and the damaged bullets, I had roughly what was needed for about 150 fresh cartridges. 🙂

While I had the interia puller in hand, I tried once again to pull one of the polymer bullets from the Inceptor lead free ammo and much to my surprise, it worked this time! I didn’t count, but it was about 50 strikes of the puller against the end of a 2×4 in the framework of my workbench. The previous unsuccessful attempt was struck against the concrete floor. Maybe the deadblow effect worked better than the rigid bounceback. 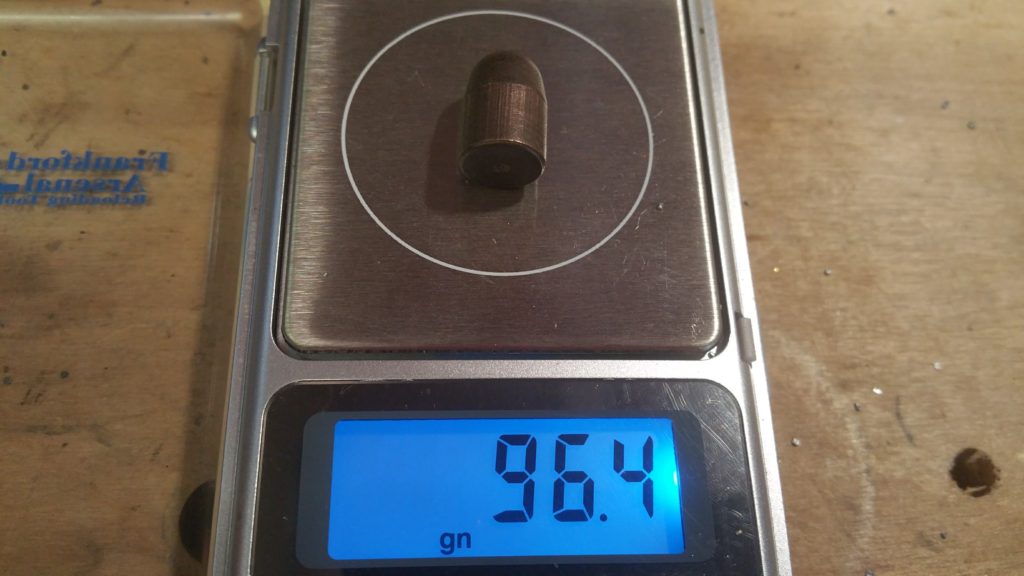 As I plan to shoot this ammo in the upcoming Silver Dollar Championship, I think I will keep this bullet or see if I can pull a couple others to include with my chrono samples. I have already spoken with the Match Director about the possible difficulties in pulling a bullet for the test and he said to bring it on!