I had some time one afternoon to use the RigExpert analyzer to tune the ol’ 6BTV.

For tuning a trap vertical, I can’t imagine it being much easier. Between the analyzer and the DX Engineering tilt base, it only took about an hour. 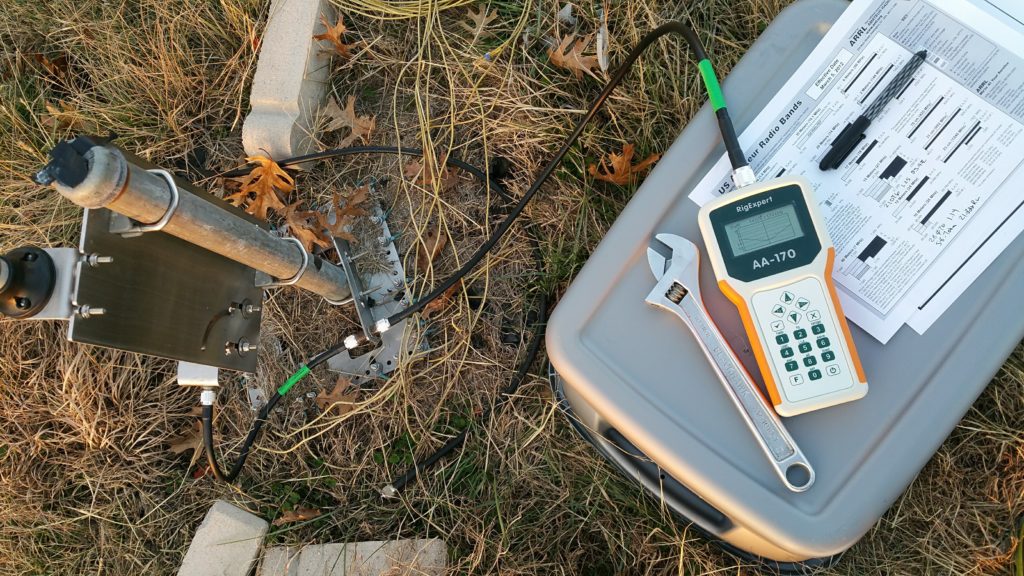 The procedure is simple. Hook the RigExpert to the antenna, scan the band you want to tune, tilt the antenna down, adjust the length of the space between traps, repeat.

This antenna is pretty broad banded in all the small bands, which isn’t really that hard to do. It does make tuning a matter of moving the small peak to a more desirable spot, in my case, the lower ends of the band where JT65 lives. The charts are kinda dull for 10, 15, 20, 30 and 40 meters.

The nature of lower frequencies combined with an extra wide 80 meter band mean that its pretty hard to make an antenna that covers the entire band. This one is no different.

Since the bandpass is so peaky, I chose to try for the middle of the band.

Scanned the whole range the antenna can do:

Now, after all this, I need to get on the air some more…

One thought on “Antenna Tweakage”