The good: The 1911 worked pretty well in its first match since the sights and Cerakote.

The bad: There is one exception in how well the 1911 worked. 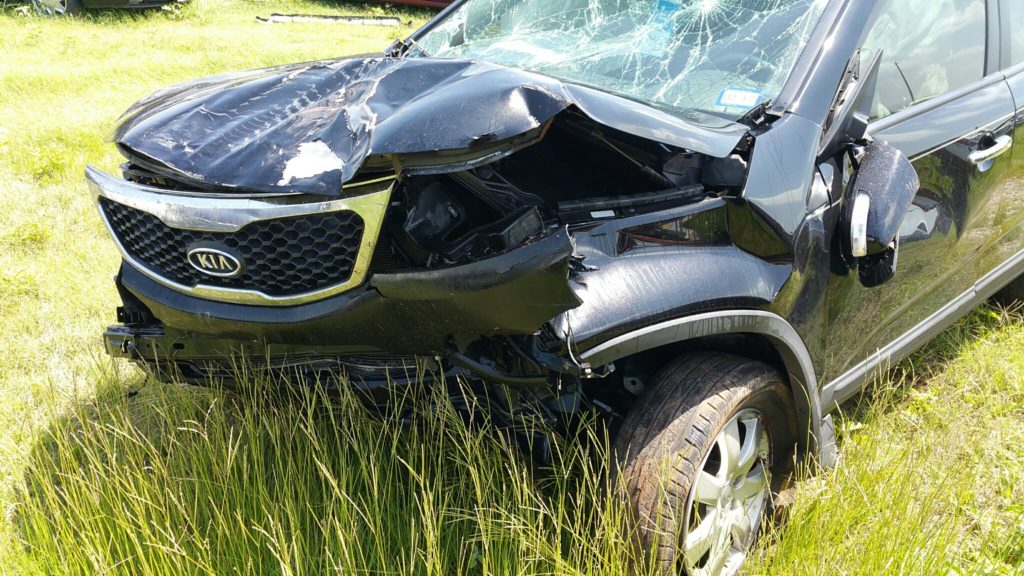 We were in a pretty serious wreck last month. Took out a utility pole and landed upside down. We crawled out and walked away, though not without non-life-threatening injuries. It put a hitch in our routine, to be sure. That Kia five-star crash rating was put to the test and we’re happy to say it was not found wanting.

So now that my back is not so ouchy, it was time to take the Colt out to an IDPA match. First time shooting this 1911 since it came back with new sights and Cerakote, with new magazines, factory ammo, shooting first time after back hurt, and we were shooting in the dark with flashlights….

What could possibly go wrong?

It worked very well, sights are dead on, had no feeding or ejecting issues. The one thing it did was that about half the time, the slide failed to lock back on an empty magazine. It cost me a second or two each time as there was a click and no boom.

I intuitively knew that the addition of the Cerakote might have some effects on dimensions. In thinking about it on the drive home, I recalled that on Wednesday evening when I was lubricating the pistol and otherwise making ready for the match, the slide stop lever was very difficult to remove. Obviously, it is equally likely to resist rotating as the pin is now a couple thousandths larger and the hole in the frame is a couple thousandths smaller.

I have verified that the slide lock release indeed does not move freely and the spring in the (new Wilson Combat) magazine is not strong enough to overcome the resistance. It should be easy enough to re-fit this piece. 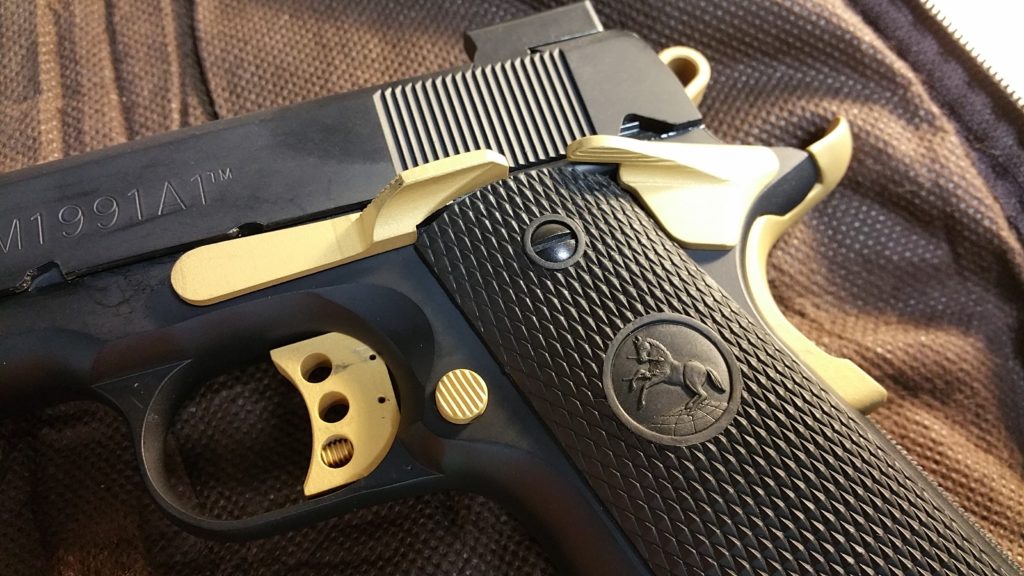 I kinda like the pistol being a little dirty from the match. 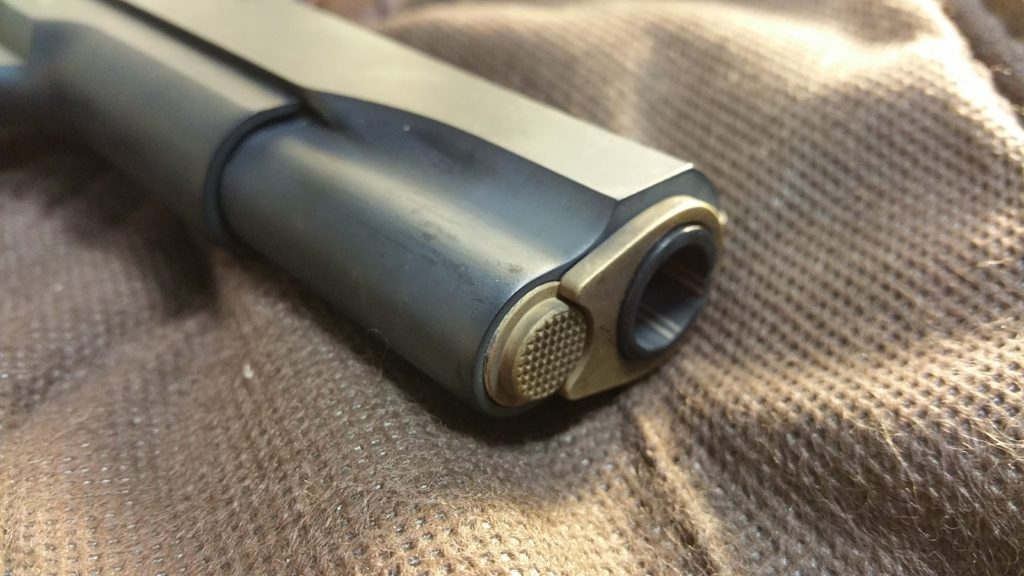 The TruGlo TFX Pro sights for a Novak dovetail are physically smaller than the TFO sights on my Glock, which means less exposed fiber optic rod and in ambient light, they are not quite as bright. The tritium works well in the dark, however. 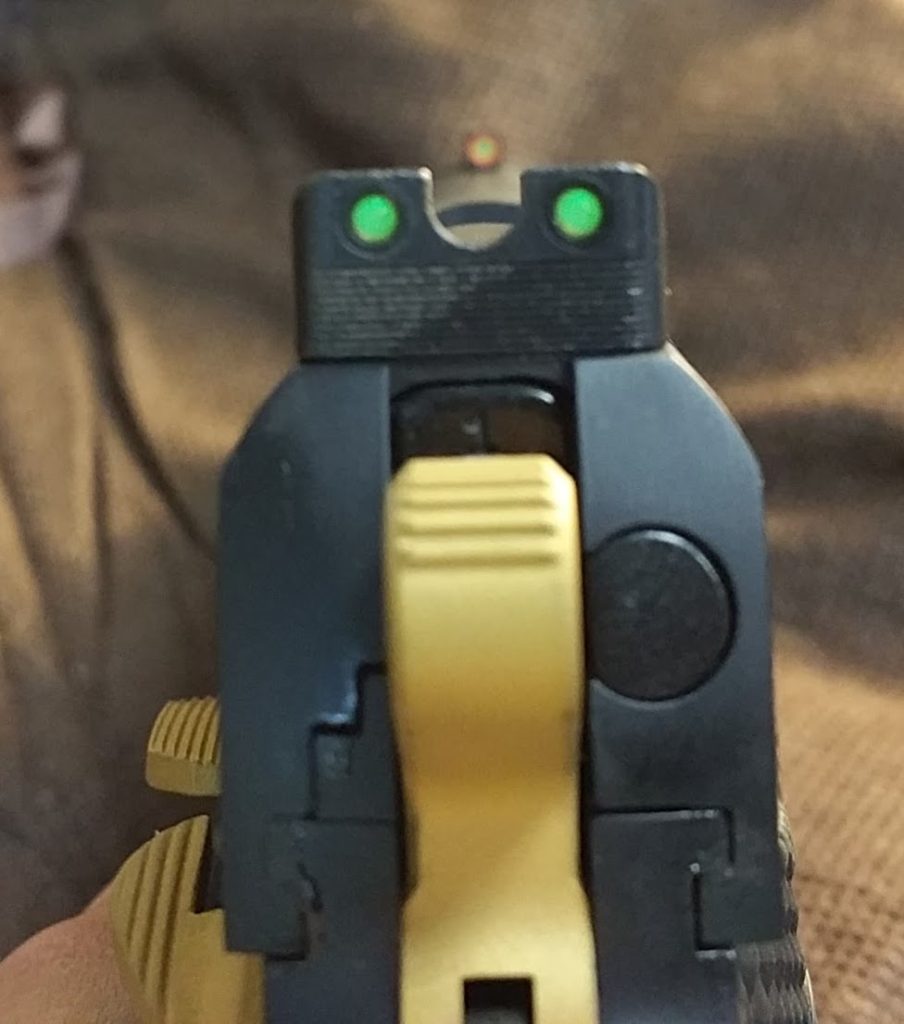 I have new Hogue grips enroute as well.