Well, strictly speaking, I was not really off the air because I was receiving JT65 before I discovered the damage.

We have a friend who visits once a year or sometimes every other year, and while he’s here, it does projects and other work around the house. This time, however, I had inadvertently set a trap.

The coax from my HF vertical antenna comes out of a shallow trench too far away from the workshop. The Husqvarna walk behind line trimmer is a pretty powerful cutter. 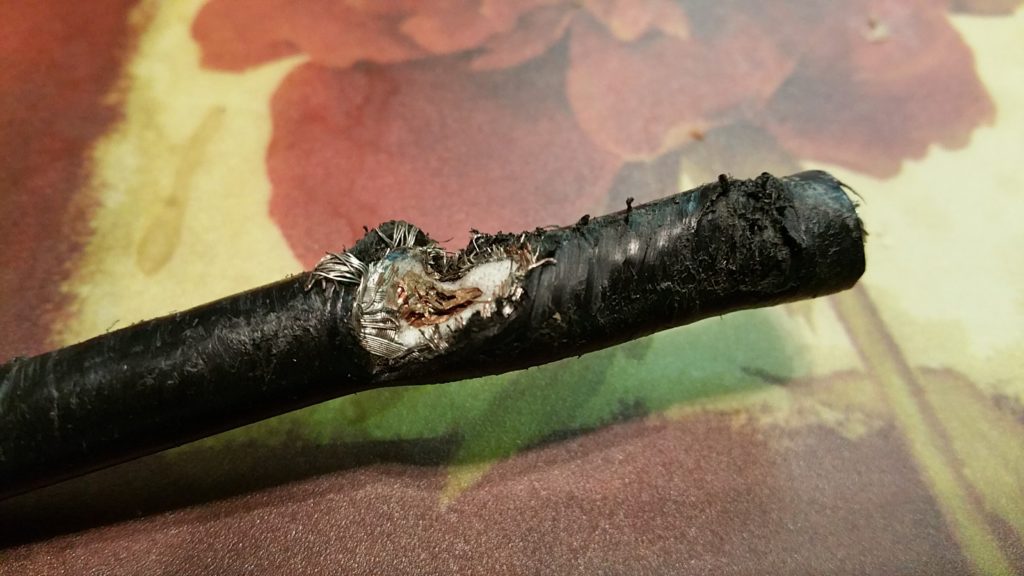 Yesterday, I finally had both time and the materials to repair the damage, protect if from future damage and to add lightning protection along the way. 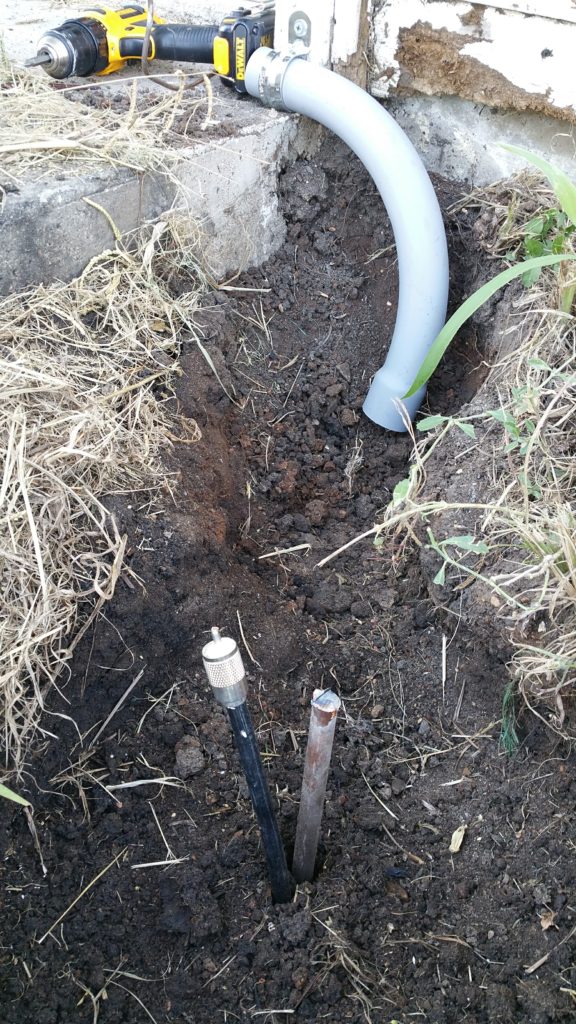 I hit something immovable with about 2 feet of ground rod still sticking out, so I cut it to length.

The ground rod was closer to the radio before, so I had to replace the 10ga solid copper to the inside grounding block. I put a new connector on the coax from the other side of the damage and fed them both through the conduit. 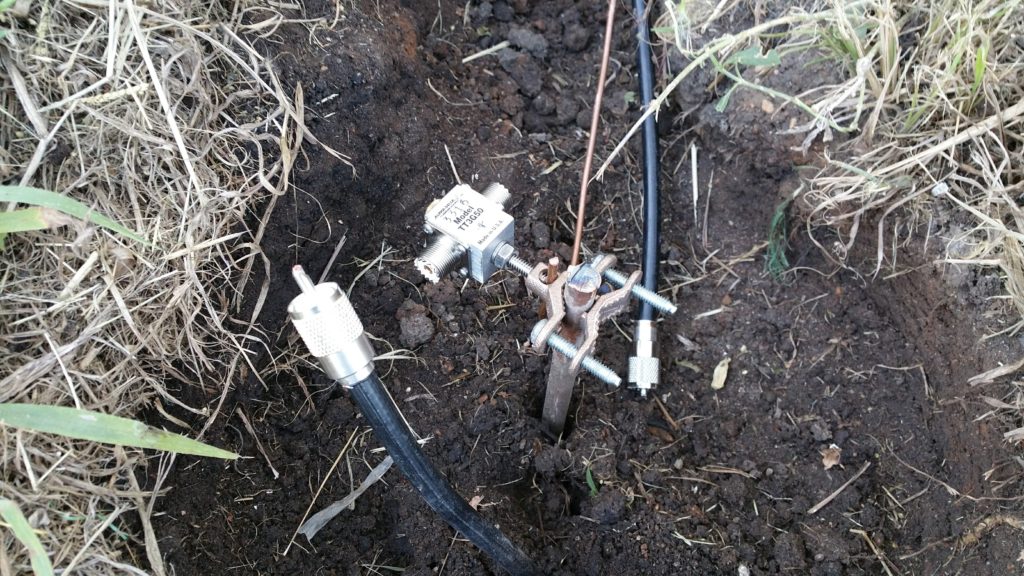 I put an Alpha Delta stud mount surge protector on the ground rod, using the provided stud to clamp the station ground wire. I sealed the connectors with Temflex tape. 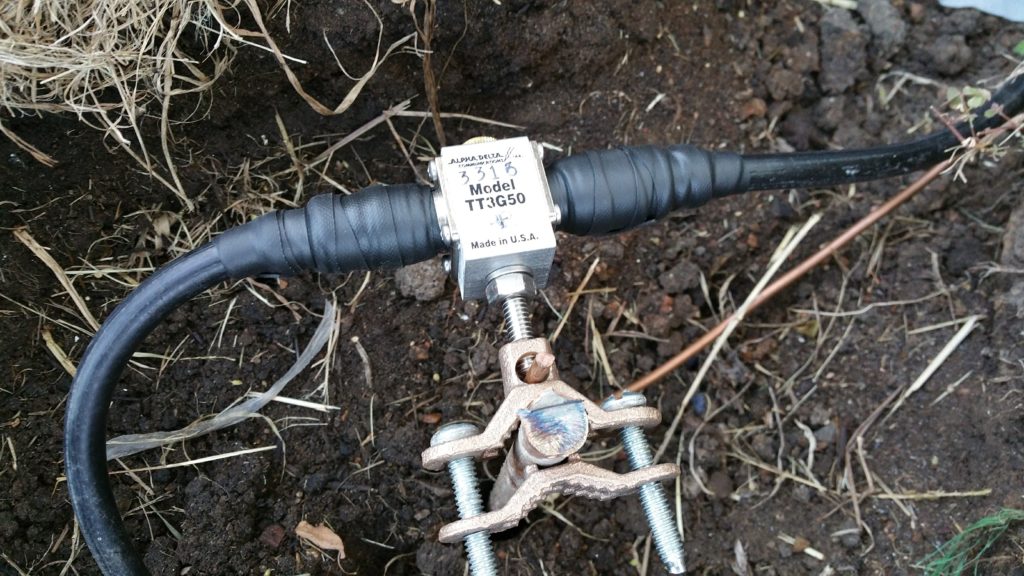 I dug out enough around the splice enough to put an irrigation valve box around it for maximum protection. 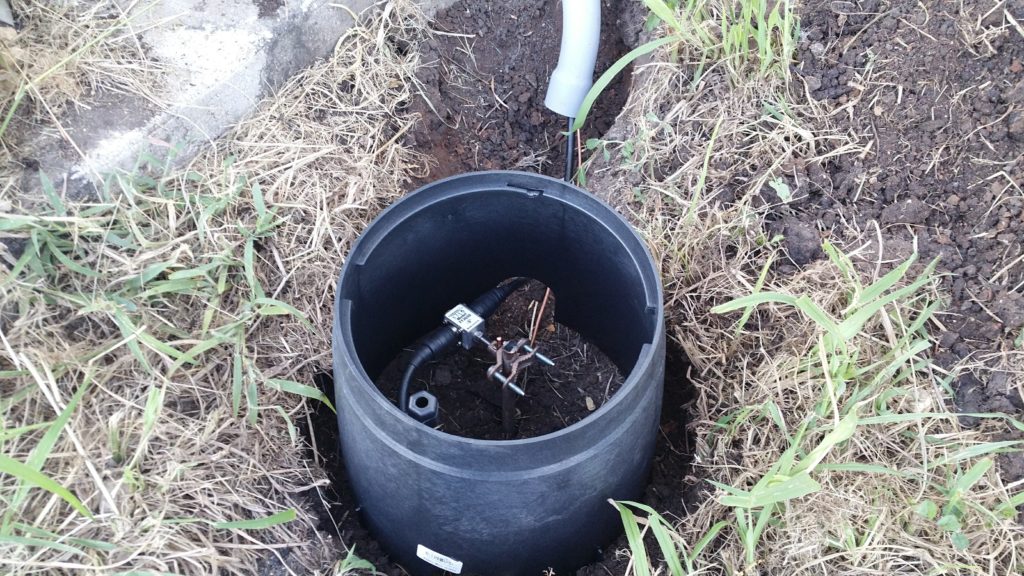 Finally, I filled and packed the void with soil. 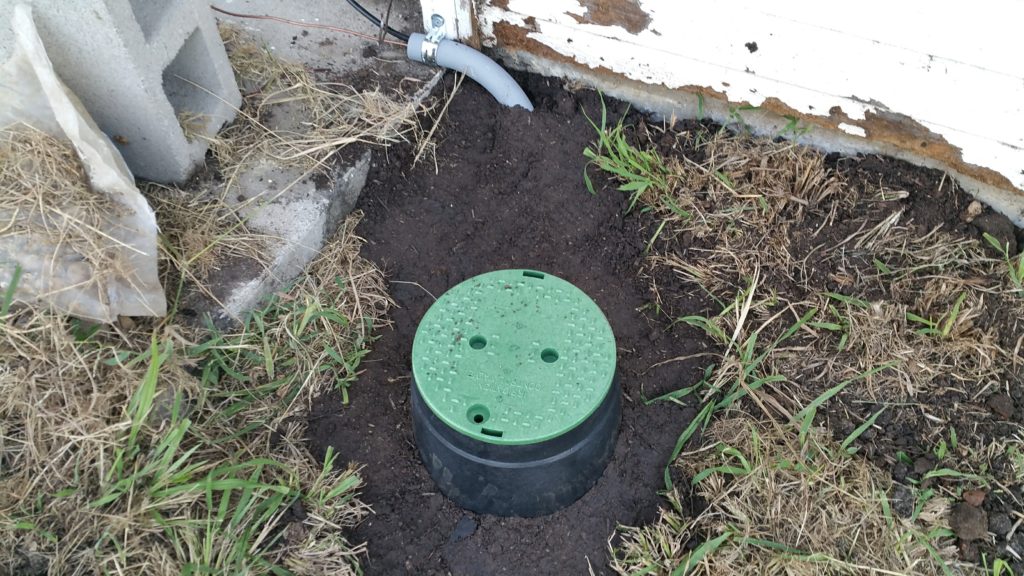 Although I had a false start assuming the old intermittent transmit problem had returned, the antenna tuned up perfectly on 20m.