What do you do when you have a pistol that would be awesome to shoot in IDPA but it’s not IDPA legal? Most people would trade it off for one that is legal. You probably know where this is going, then.

The Rock Island Armory TAC Ultra Full Size High Cap 45 does not meet IDPA requirements on two points. All divisions specify a maximum weight of 43 ounces and the RIA is a smidgen heavy, exactly 10% over, at 47.3 oz. 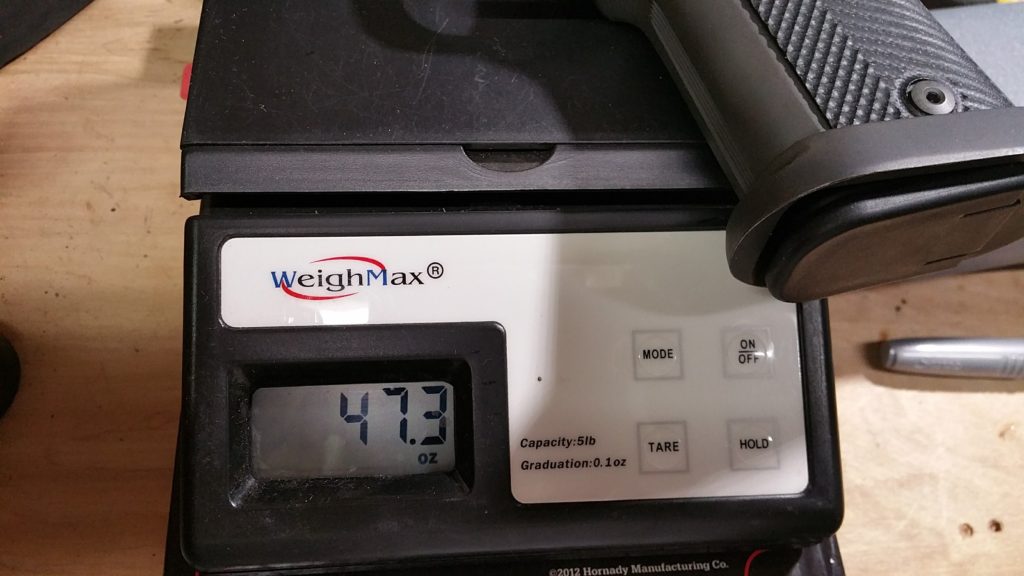 Also, it has a full length dust cover but the rules limit the dust cover to 3-1/4 inches, as measured from the back of the slide lock release lever pin. 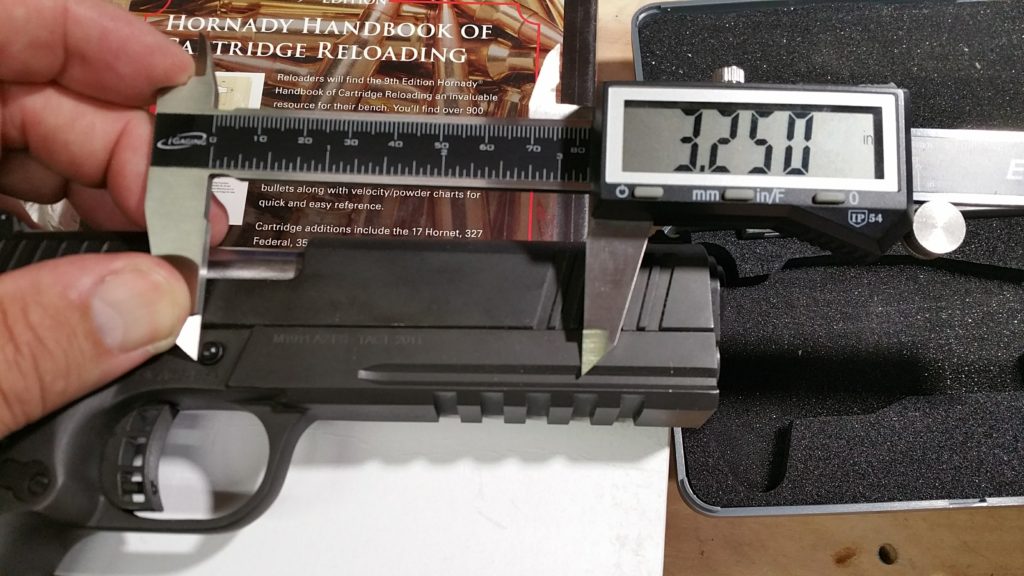 The first objection I would address is rules 8.2.2.1.7 and 8.2.3.1.7, which both say that a pistol that violates certain rules in ESP or CDP (and the specific example given is of a dust cover that exceeds 3-1/4 inches) will be allowed if they are otherwise SSP legal. Unfortunately, handguns permitted for use in SSP must:

The RIA is single action. Single action is allowed in ESP and CDP, but the dustcover exception only applies if the pistol is otherwise SSP legal.

The first obvious place to address both problems would be to lop off an inch or so of the dust cover and that is in my skill set. However, that piece of metal is not likely to weigh enough by itself.

The pistol has a heavy duty full length stainless steel guide rod that weighs 1.6 ounces. I can’t eliminate it, but a 1911 that *requires* a full length guide rod to work is actually broken, so I imagine I can replace it with a standard GI guide rod, which itself can be lightened somewhat. The actual weight savings would have to be determined later. 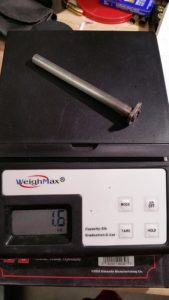 The mainspring housing is steel. I have the stock mainspring housing from my Colt 1991-A1, which happens to be made of plastic. I only changed it because I wanted a metal one. As of this writing, I don’t know the actual weight of either unit, but the plastic is significantly lighter than the steel.

After that comes modifying existing parts. The low hanging fruit there would be to drill or cut away some of the frame under the grips.

The factory magwell funnel weighs 2.6 ounces by itself. However, the frame is cut specifically for it, so just removing it might function just fine, but it will definitely look like something is missing. At this point, I don’t know how much fitting an aluminum magwell funnel for another pistol might take. Also, though I have not measured the width of the magwell funnel, it occurs to me that it might be too wide anyway and may require thinning to meet the physical dimension limitations, particularly the 1-5/8 inch maximum width.

Note that I am trying to stay completely away from the moving parts of the pistol. Lightening the slide means a change in the spring weight and a corresponding adjustment in ammo. Most any other part replaced will pretty much have to be quite dollary titanium replacement parts. Very quickly, one could spent the balance required to upgrade to an IDPA legal pistol.

If after these steps, the pistol fits in the IDPA box and weighs in at about 42.5 ounces to allow for possibly sloppy scales at the equipment check, I should be able to use this pistol in either the ESP or CDP divisions.