I got my harness in, salvaged a few connectors and spun my own harness. 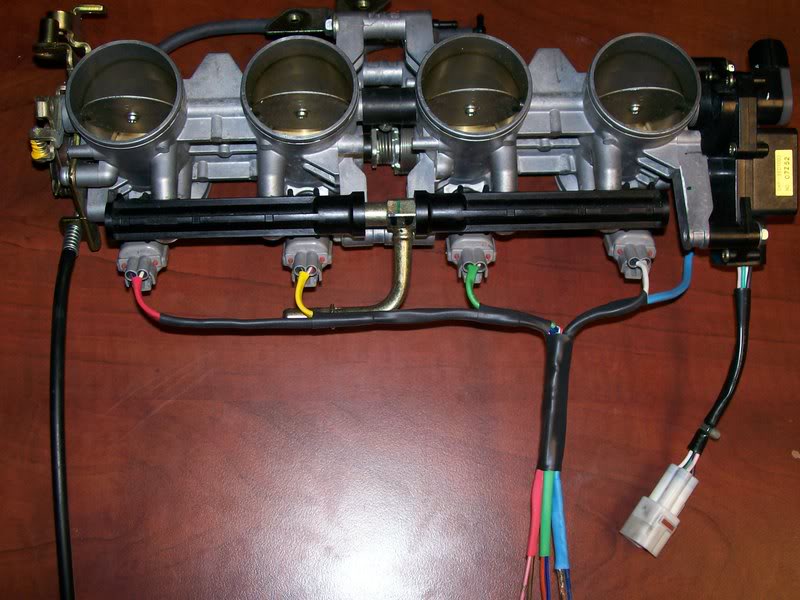 I’ve come to the conclusion that the MegaSquirt controller, as built, will not hide anywhere on a 1982 Maxim 550.

At this point, I have seem to have three choices.

Switch to MicroSquirt; in the long run, probably the best idea. The MicroSquirt is pretty much intended for motorcycle use, being small and sealed. It is also $400.

Repackage the controller I have; not a terribly bad idea. There is a lot of wasted space in the box. It could be a little thicker than half of what it is now and that might get it into the “trunk”. I’ll still have to find a place for the (as yet unknown dimensioned) fuel pump and all those relays and such, but maybe that won’t be as bad as I think.

Remove the airbox, put on some pods and use the copious space that frees up; This is a pretty common mod for bikes, though I must admit I haven’t seen it done with many Maxims. The biggest drawback I see immediately is that the side covers attach at least partly to the airbox, so I’ll have to come up with some kind of bracket to replace that function. A lesser issue, but one worth attending to, is that the throttle bodies would lose the support that the airbox affords. The throttle bodies have a bracket that was pretty obviously used to mount them to some sort of support on the original bike. I should be able to utilize this.

As for the carburetor to throttle body swap, the carbs appear to be 67mm apart for 1&2 and 3&4, but 80mm for 2&3. I was guessing about 10mm just eyeballing it. If I elect to lose the airbox, it might make it slightly easier to add a spacer between the two banks and kind of ignore the 3mm difference between the fixed TBs.

I could not get my calipers between the boot and the body of the carb to get an accurate measurement but I would guess that the OD of the carb throat to be 32-38mm, whereas my TB is 57mm. Ouch. I have my eBay eyes on other TBs, just in case.

I just found a complete engine wiring harness on eBay for an ’03 Kawasaki ZX636, from whence came my throttle bodies, for less than the cost of 4 Bosch injector connectors, including shipping!

I now have another bike to use for daily transportation, so the Maxim can afford to be apart on occasion! Also, since the Vulcan has a name (Ruby; so named before I knew the color was called Ruby Red), we decided the Maxim needs a name, too. He is henceforth known as Buzz.

I have not yet removed the carburetor bank from the bike, but I’ve taken some informal measurements and have verified something I suspected, that the distance between the intake tracts for cylinders 2 and 3 is wider than between 1 & 2 and between 3 & 4. All four of my throttle bodies are, however, evenly spaced.

Another potentially big problem is that the OD for the engine side of the carburetors and the the TBs is substantially different. These two taken together mean that I will probably need to fabricate new intake tracts.

I have a couple of ideas. I will share them as I develop them!

The search for a suitable fuel pump goes on, with little luck.

“Suitable” in this case means an external pump that doesn’t pull more juice than my Maxim’s little 200W alternator can provide.

There are lots of salvage in-tank pumps from modern fuel injected bikes available and I may be able to re-plumb one for external use. I’ll have to lay my hands on one to see.

On the XJ owners list, there has been a lot of discussion concerning the use of LED bulb replacement and HID headlights in older bikes and this may be a way to help keep power consumption in check.

I have been interested in fuel injection for a long time and was mystified by the mythos of this black magic when I was in high school. I had always assumed that it was beyond mere mortals.

As years went by and I’ve gotten into robotics and other motion control applications, I began to realize that, fundamentally, EFI is not really so scary afterall. It’s not trivial, but it’s not scary.

As luck would have it, I bought an ’82 XJ550 Maxim in November 2007. It is in pretty good shape beyond the usual and expected 26-year-old-bike issues. 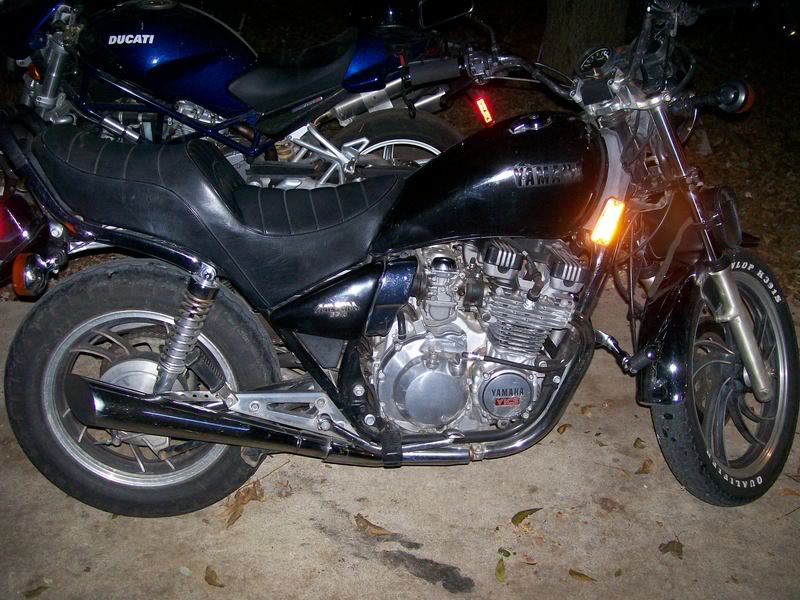 The only problem is that it’s a little cold natured, as the entire XJ line tends to be. In my case, it doesn’t have to be very cold before it will just crank and crank and not start. I was researching cold starting problems and found where someone had MegaSquirted their XJ1100. While it’s probably overkill for just the cold starting problem, I am so ready to do it for tinkering sake!

I also found solutions that have transformed the “impossible to start when it’s cold” issues into “grumpy about starting when it’s cold but it will do it”.

Even so, I have been shopping and the first part has arrived, throttle bodies.

I found a set of Keihin throttle bodies from a 2003 Kawasaki ZX636R on eBay and got them for the opening bid plus shipping, $45. They are spotless. The only gasoline smell detectable is by sticking the fuel rail connection in my nose and sniffing.

The first issue I know of right away, and I predicted this one during my research, is that the throttle bodies are all evenly spaced with the throttle cable eccentric on one end, but the XJ550 carburetors have the throttle cable in the center and the two center carbs are slightly farther apart. I don’t know at this writing if the intake flanges on the cylinder head are spaced evenly or to match the carbs.

The Keihins are really made from two castings with two TBs each, bolted together in the center. The link between the two TBs is spring loaded and adjustable for synchronization purposes, but this link may tolerate some small degree of lateral reconfiguration. 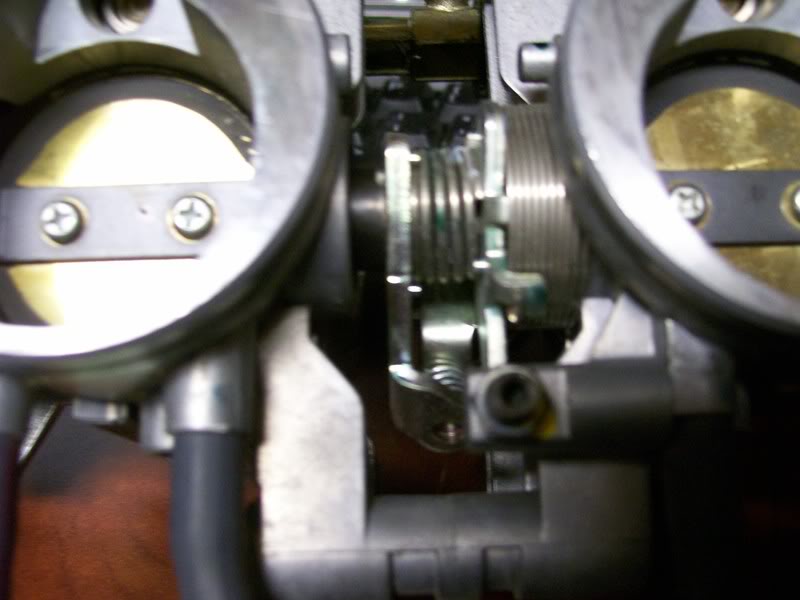 Hopefully, the fuel rail will likewise be forgiving. If so, I’ll bet I can come very close to getting these TBs on the XJ without irreversibly modifying the intake tract. I would like to keep the bike as stock as possible for restoring the carburetors should the need arise.

More as it develops….