I couldn’t help it. A few days ago, I was looking for something else (a common pass time for me) and in the cabinet I opened, I saw the off center fed dipole that I built when I first got back into the hobby. I had it up at the old house. It was an attempt to have a physically smallish antenna that could operate on several bands. I used it for at least on ARRL Field Day. There were problems, most of which are not expected to have been with the design of the antenna 🙂

While I have not found a specific online source of the original instructions, I have found several essentially identical sources, so I will refer the reader to Google on the matter. 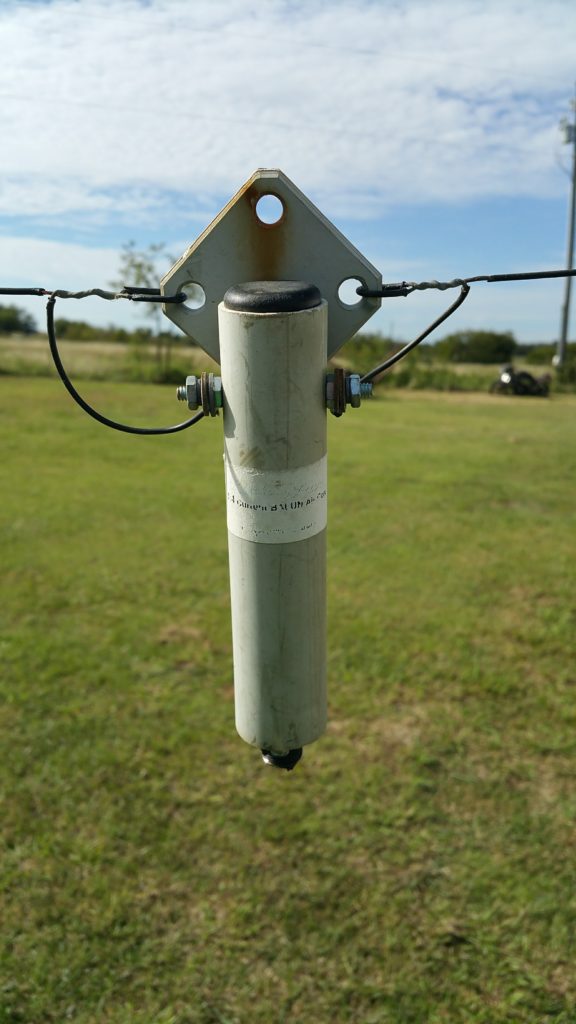 Now it gets maybe kinda weirder.

I strung that antenna up Saturday morning. Well, very temporarily “up”, with one end anchored to the workshop door frame and the other to the Mule. The short end is nearest the camera. 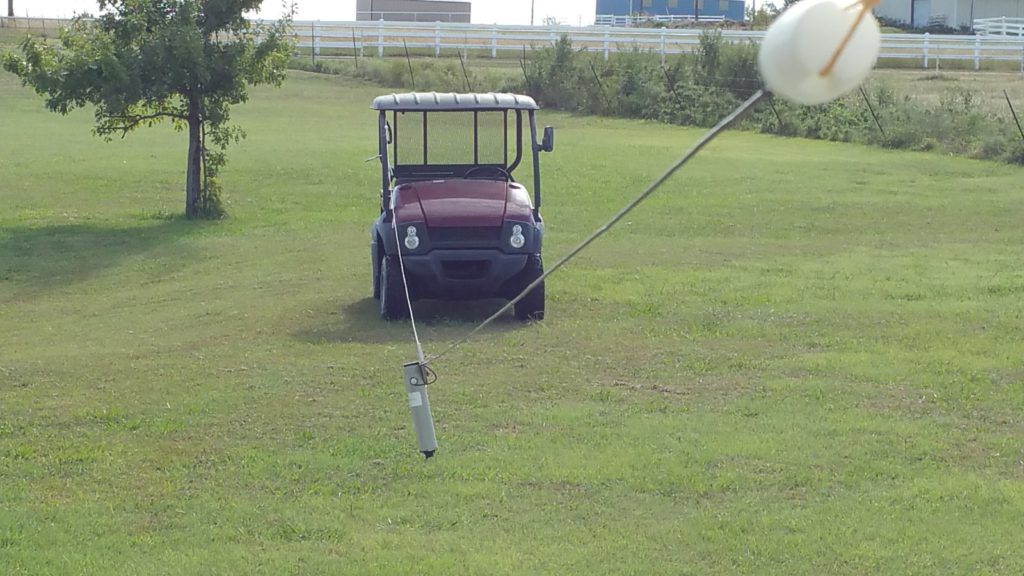 I connected the RigExpert to it with an 18″ jumper and did several SWR scans using it as a standalone unit.

Turns out, the antenna appears to be tuned a little low, but it’s not so far off that it would be unusable, particularly with a tuner. On the low end of 20 meters, might not even need a tuner.

I think it’s funny that, at the time I was testing it on Saturday, I did not yet know about the 14%-from-the-wrong-point error I apparently made when I built the thing, so this didn’t seem to be off base at all.

Scanning the whole range that the RigExpert can do reveals an even more surprising bit. From a vector analysis point of view, the antenna appears to work at 2:1 or better from about 70MHz up. I suspect real world results might not bear that out.

This scan is a little rough because there are only 100 points on a plot covering a full 170MHz. Armed with the information I now have about this antenna, I think I want to set it up and scan it at higher resolution and see if I can learn enough to understand why it works at all. My intuition suggests that the high frequency response might be due to the one really short leg. I want to see exactly where that lowest SWR dip around 150MHz is and what relationship that has to the actual length of the short leg. I think the still reasonable response at lower frequencies may be related the antenna’s overall length and maybe harmonics of 7, 14 and 21 MHz.

I do not yet fully understand the Smith chart, but this doesn’t look like one to learn on, at least not at 170MHz bandwidth.

Unrelated to that, I also rearranged the equipment rack to accommodate a Mirage 160W VHF amplifier. The power supply I have for it is only 20 amperes, so it may not be up to the task. It is also missing the binding post nut. 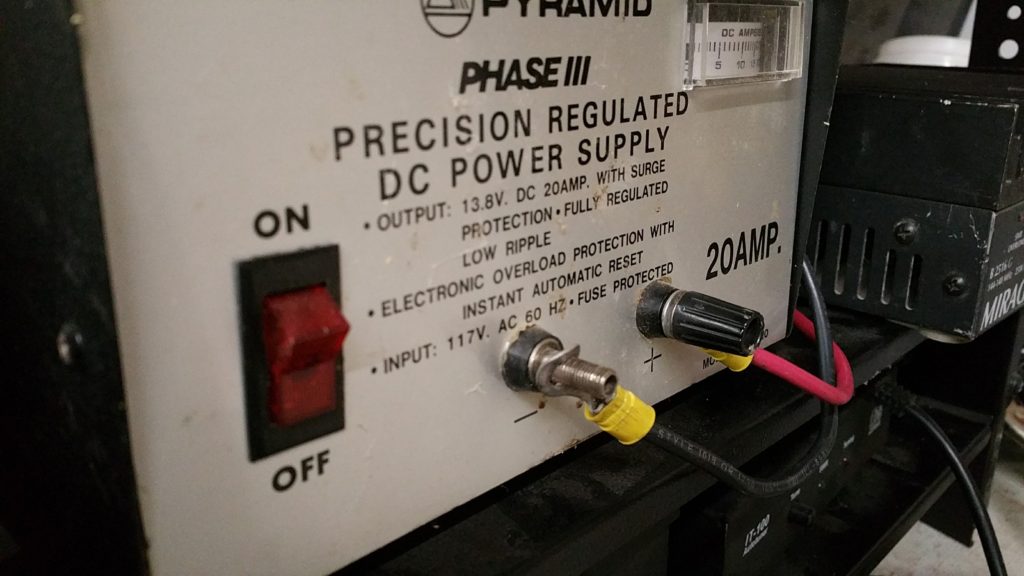 Interestingly enough, the thing pulls about 8 amps just sitting there. I am mildly suspicious.